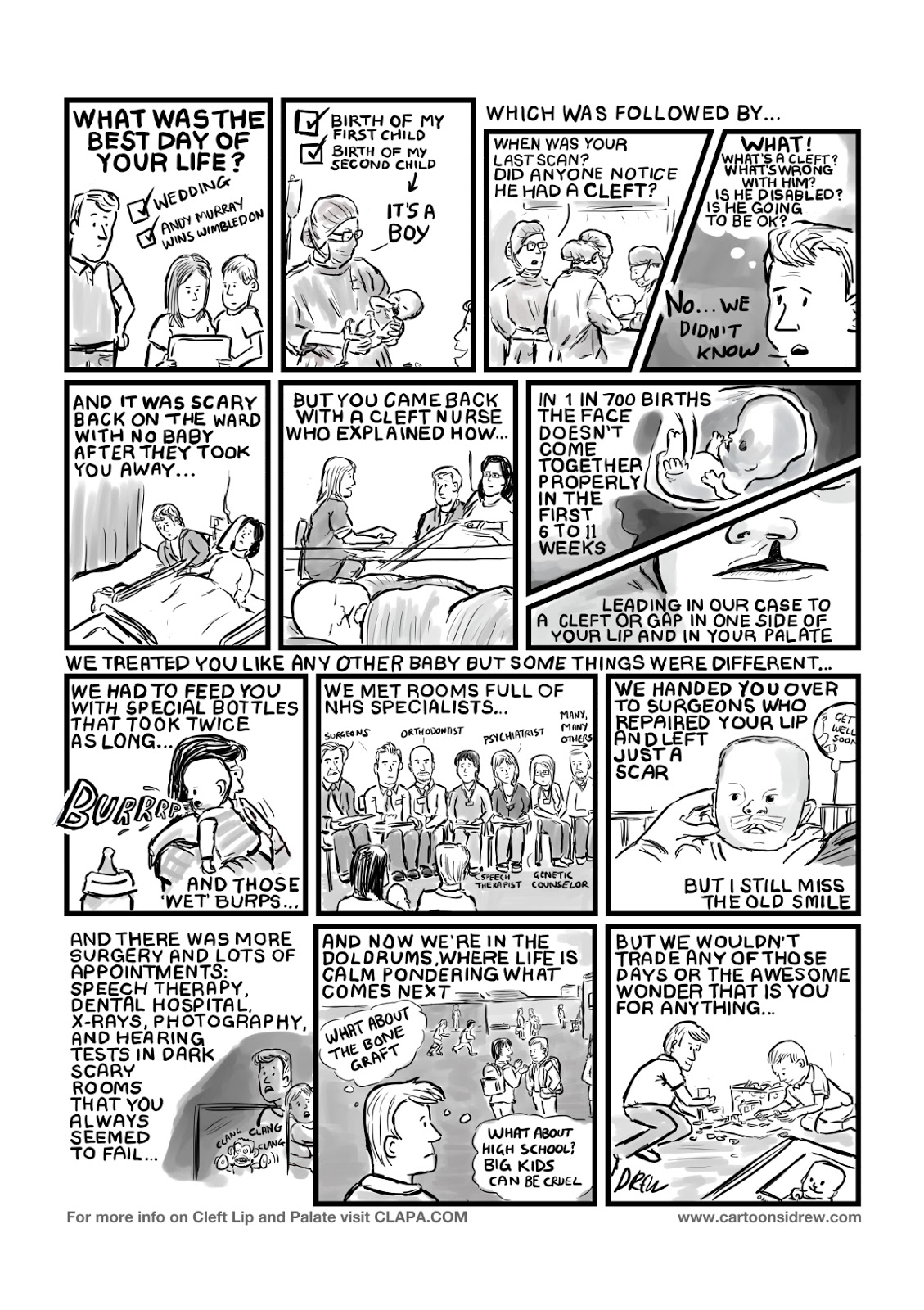 The post is a bit different to my usual efforts.  Instead of the usual attempts at humor and topicality I wanted to look at something closer to home.

Seven years ago my son was born with an undiagnosed unilateral cleft lip and palate (it wasn't detected on any of our pregnancy scans) and so for Cleft Awareness Week (May 7th to 14th) I wanted to try and tell the story from my perspective (of a parent) of the first seven years.

My objective in tackling this was to raise awareness rather than sympathy.  My son is not his cleft, it does not define him, but it is part of his story and its not a very common story with only 1 in 700 births leading to some form of cleft lip and palate.  Indeed if you met him today you wouldn't know think there was anything different about him until you looked closely then you would see the scar between his lip and nose from the first surgery.

However this is only our story and while parts of it may be familiar to other families their experiences will differ depending on the what type of cleft their children had, what the outcome of their surgeries were, and what, if any, problems they had to deal with.

Condensing all that has happened into a single page can be misleading.  It can make it look like we've done nothing but hospital visits and appointments, and whereas the first year was busy with two surgeries/ hospital stays, the years since have consisted of only a few appointments a couple of times a year.  It also ignores the major portion of his life both the fun and mundane with nursery, school, hobbies, holidays, friends, families which make him the wonderful kid he is.

Finally a few notes to clarify some points from the cartoon itself:

For more information about cleft lip and palate and the charity setup to support people with clefts and their families visit clapa.com.
Posted by idrew at 15:09 2 comments