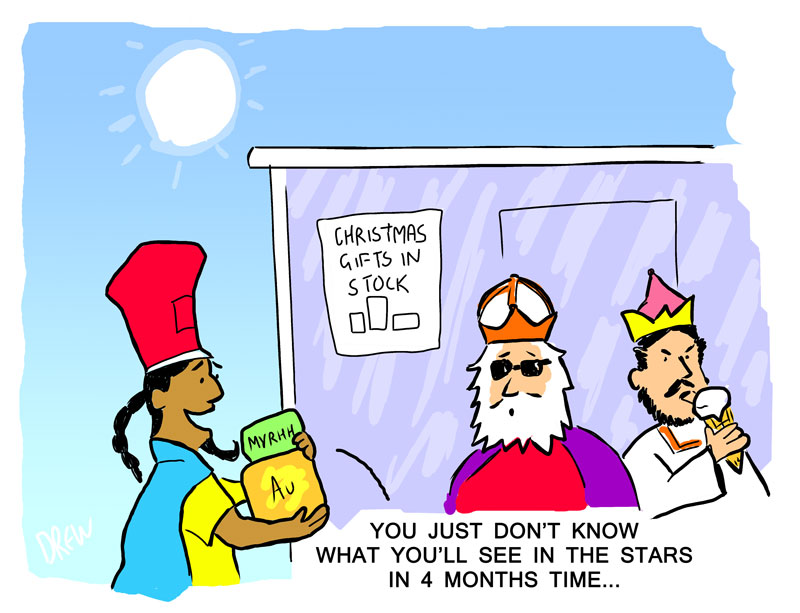 Have to get this one off my chest.  I was in a certain garden centre on Sunday and right in the middle of the store they were selling Christmas crackers and some decorations in AUGUST!!  That is a staggering 120 days before when you might possibly need them.  I'm sure if there was a present for the kids with a great discount you may be tempted to snatch it up and put it away somewhere but what sort of person thinks they need Christmas crackers that far in advance.  The worrying thing is that someone must to make it worth their while.

So it's another outing for my Three Wise men.  You may see them again on Black Friday or nearer the big day although it's never too early for Christmas cartoons it seems.
Posted by idrew at 14:23 0 comments 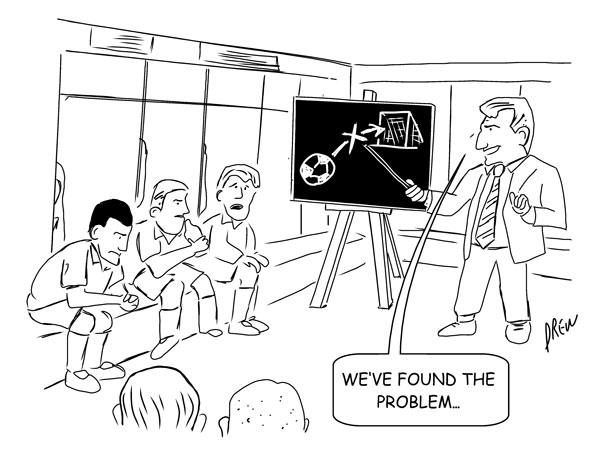 The new Premiership season kicked off today and already seasons are being written off by tomorrow.

Liverpool crashed out to West Brom 3-0 so that will be their season over.

Also Arsenal failed to score against Sunderland so they will be in crisis as well especially since Song is maybe going to Barcelona.

As always pundits have column inches to fill and fans of all colours have comments to vent at so these clubs are always attracting these stories which later in the season turn out to have been premature.

Football is a simple game and at the last match (Egypt vs Belarus at Hampden) it was easy to shout at both teams for not doing the seemingly easy task of putting the ball in the net.  If we can see it from the paying seats how much more should managers and coaches just be telling their players to just score goals.

Football may be simple but it's not easy and today's defeats while good for headlines are no indicator of future performance. 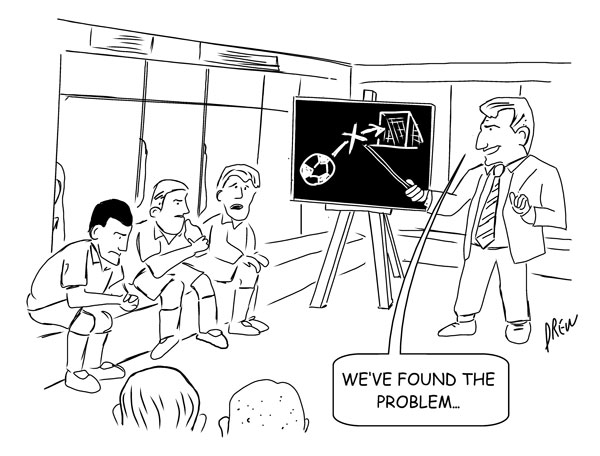 Old Lady Who Swallowed A Fly 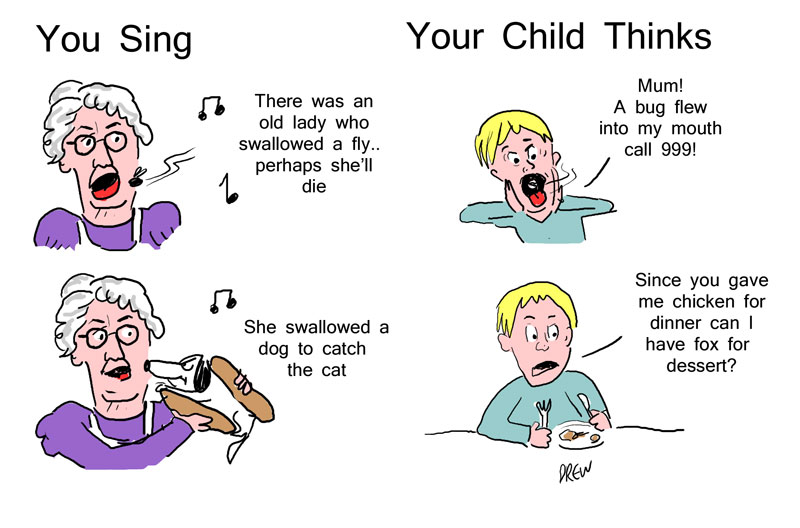 I was researching the nonsense nursery rhyme 'There was an old lady who swallowed a fly' for a competition idea and let my son watch a animated Youtube video of it.  As the women eats the various animals oblivious to her own digestive processes she is at risk of death which is medically not an issue for swallowing flies and spiders at least.  Finally she eats a horse and of course she dies leaving behind a legacy of confusing children as to what to do if they swallow bugs and encouraging poor food preparation and problem solving skills.

So children if you want to eat a cow ask for a Happy Meal in McDonalds and wash it down with a drink rather than a horse.
Posted by idrew at 14:37 0 comments 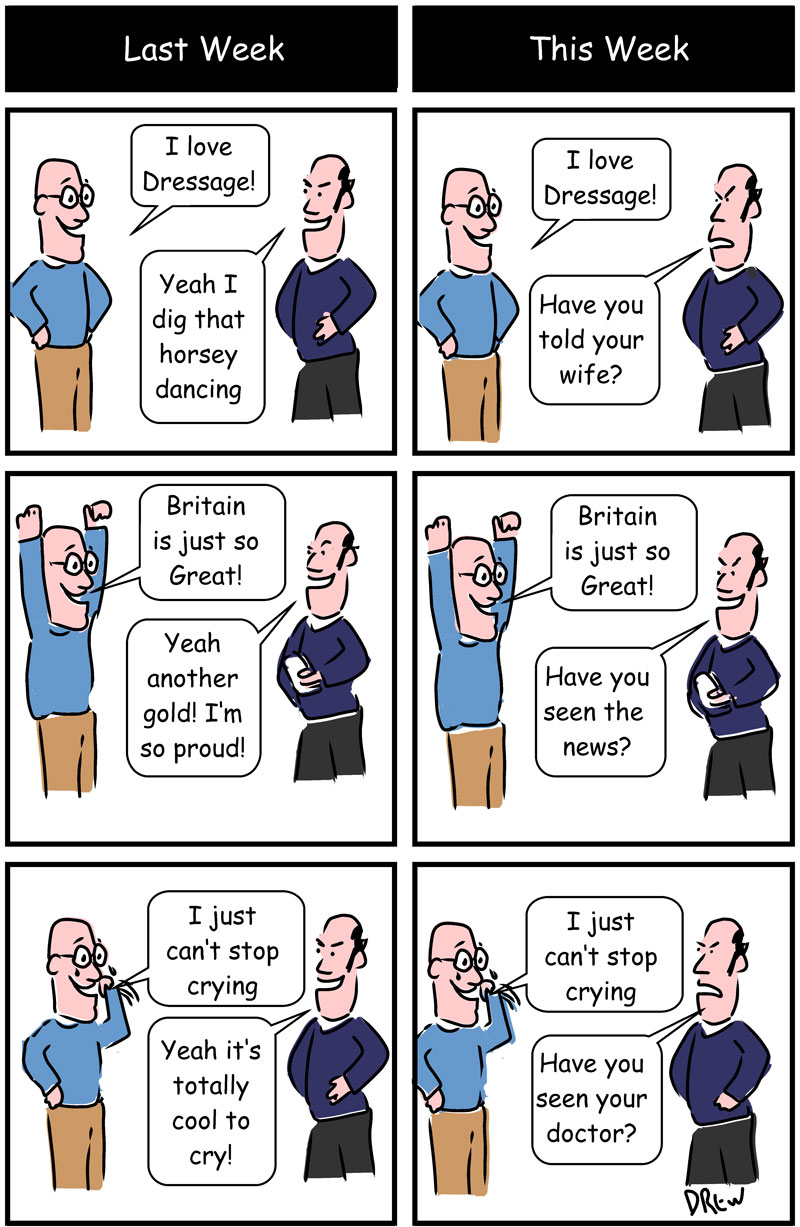 Now the 2012 Olympics it's time to adjust to normal life again.  Even the news channels can't stop talking legacy and all sorts of sports stories to just hang on to the moment for just a little longer.

The people I feel sorry for are the mascots.  What are Wenlock and Mandeville going to do after the Paralympics?
Posted by idrew at 13:54 0 comments 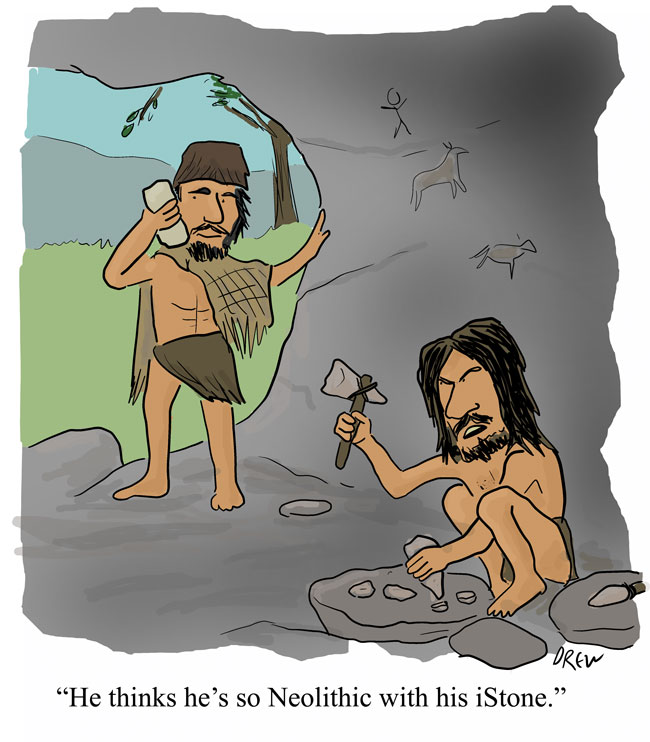 For this week competition with the theme Prehistoric Times.  Human Prehistory is of usually broken into three ages Stone, Bronze and Iron.  The Stone Age is further broken down into Paleolithic (Old Stone Age), Mesolithic (Middle Stone Age) and Neolithic (New Stone Age).  Originally the caption mentioned the iStone 5 but the extra number in an era of illiteracy seemed irrelevant.
Posted by idrew at 13:18 0 comments