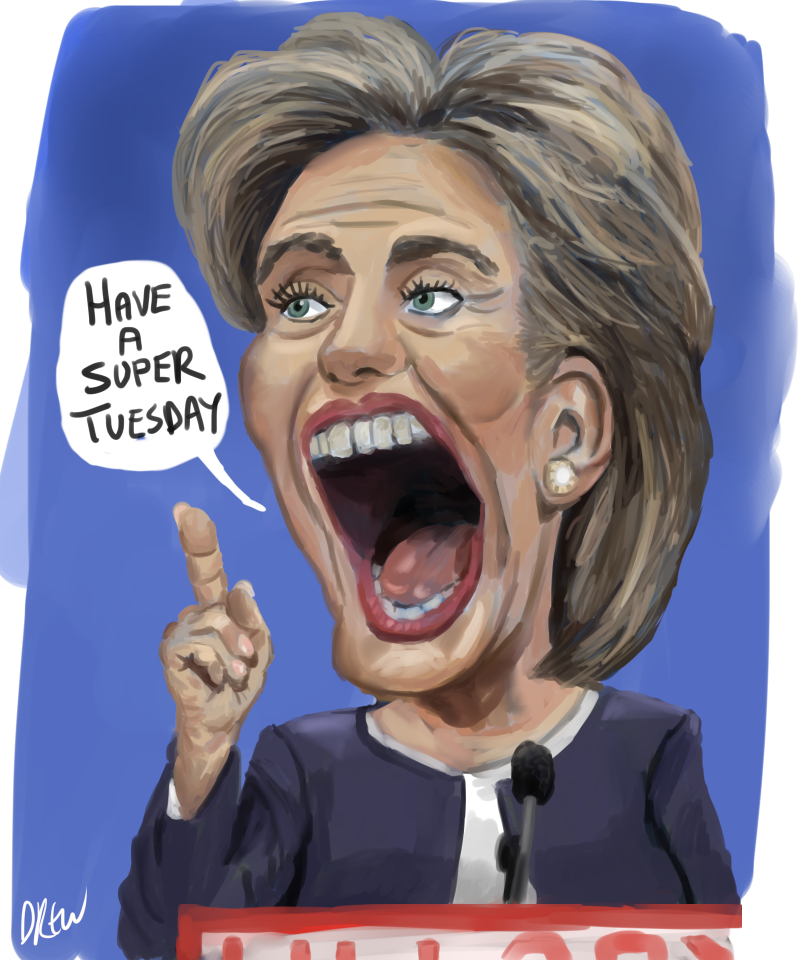 Happy Super Tuesday the only famous Tuesday not about pancakes whose significant role in the presidential primaries I was unaware of until I watched later seasons of The West Wing.

The only way I could trump an earlier competition caricature of Donald was by caricaturing Hillary Clinton the most likely democratic candidate according to pollsters who are never ever wrong.

Please note that this does not represent any official endorsement of any US presidential candidate as I am still smarting from your countries rejection of over lovely monarch several centuries ago.  If I were to vote I would want Jeb Bartlett or Harrison Ford.

My spooky prediction from 2011 is that not only would Hillary win the election of 2016 but during her inauguration the aliens from Independence Day would return to ruin her big moment.
Posted by idrew at 14:36 0 comments 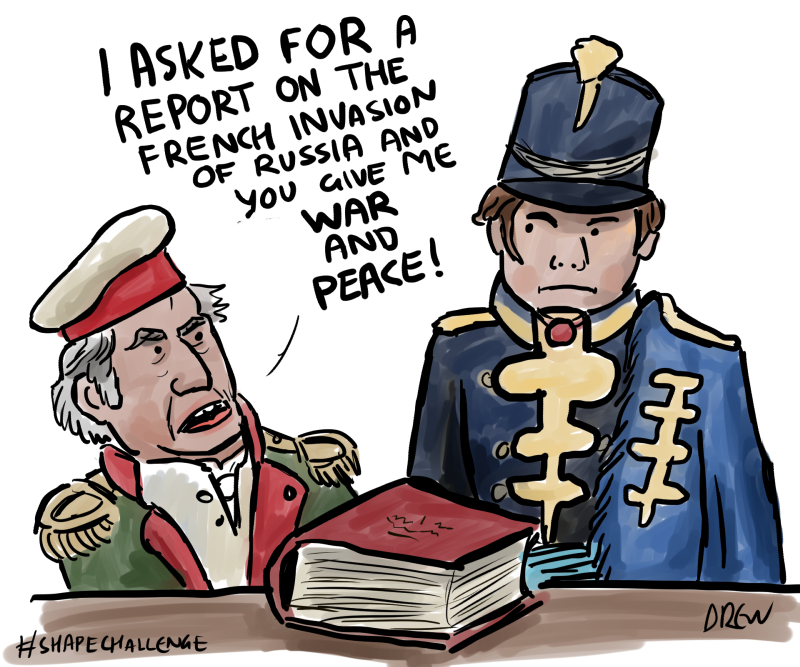 Trying to do a #ShapeChallenge every day to keep the creative juices flowing. Basically you have to incorporate a given shape into your illustration.
Today I came up with a War and Peace costume drama. I only knew it was about Russia because I saw parts of the BBC drama - I haven't ever attempted the book
Posted by idrew at 11:35 0 comments 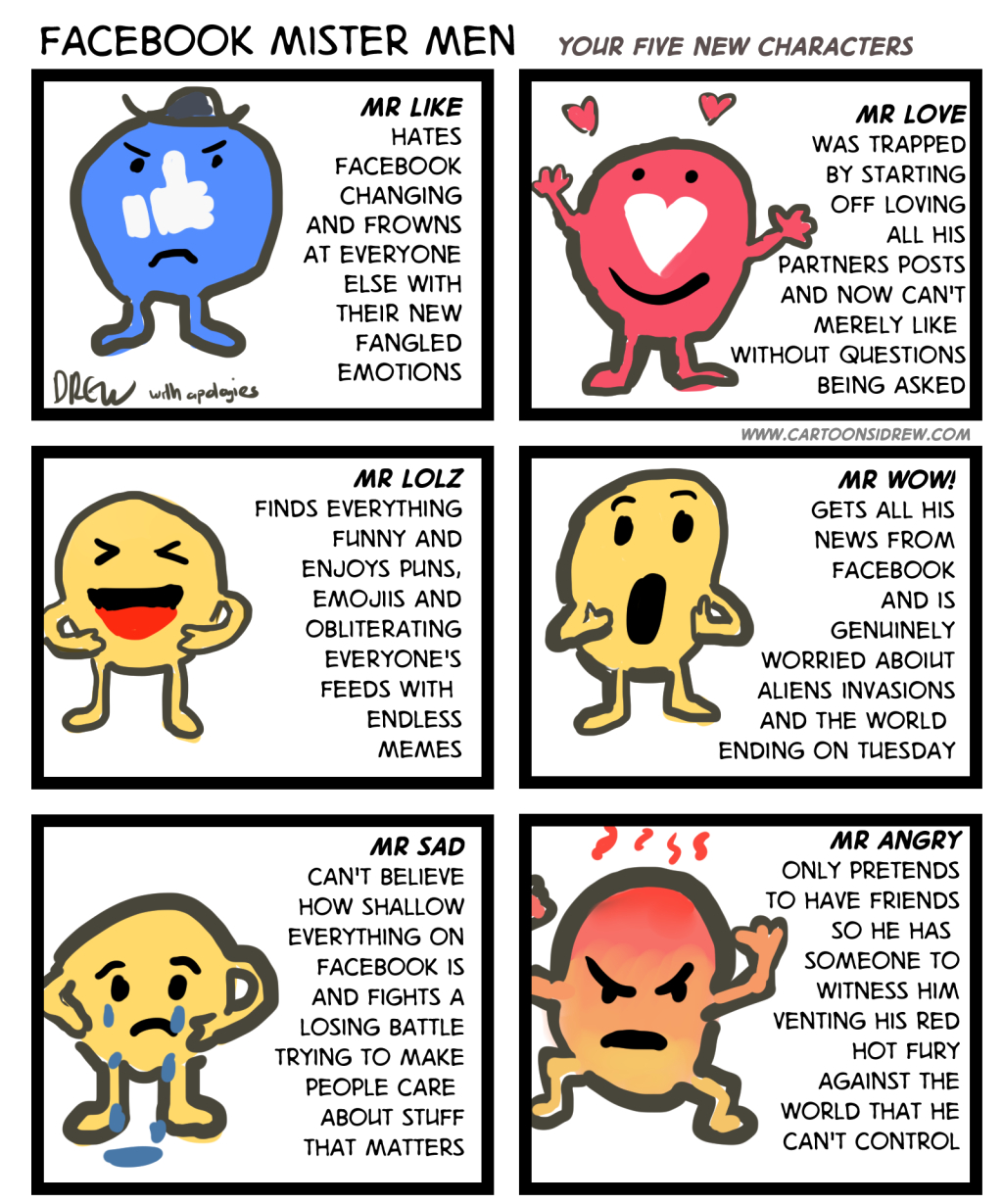 In the social media arms race after Twitter changed it's star for a heart Facebook have come back with five extra reactions on top of the traditional, conservative Like they are Love, HaHa, Sad, Angry, Sleepy, Sneezy and Bashful!

Of course people will react to the Facebook reactions until they just get used to them and the next time Facebook make a change like adding a 'Dislike' button people who don't like change can react again.  For me I'm not sure what my reaction is so I'll just like articles forever.
Posted by idrew at 13:20 1 comments 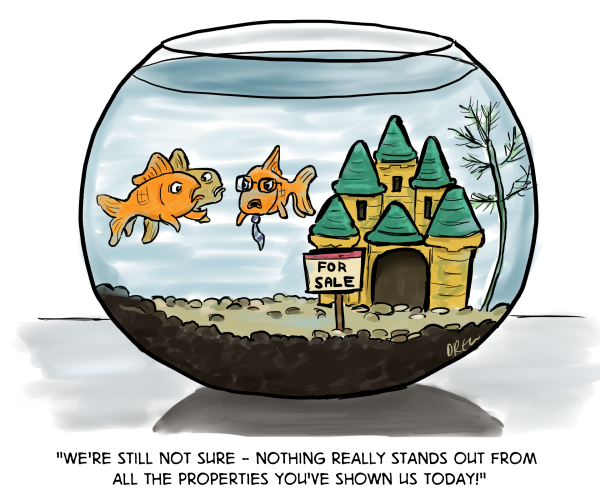 The competition theme was Estate Agents and so I came up with this fishy scenario.  I borrowed the fish tank from a previous Goldfish swimming lesson cartoon which reminded me of when I had cold water fish.
Posted by idrew at 11:57 0 comments 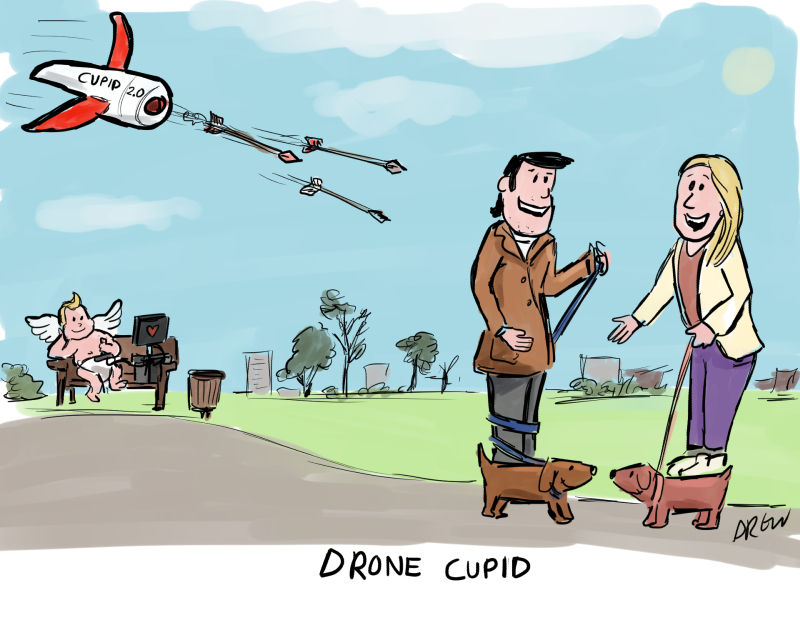 Since I've done drone cartoons about Santa and Easter here's a Valentines Day one.

Einstein was right about Gravitational Waves 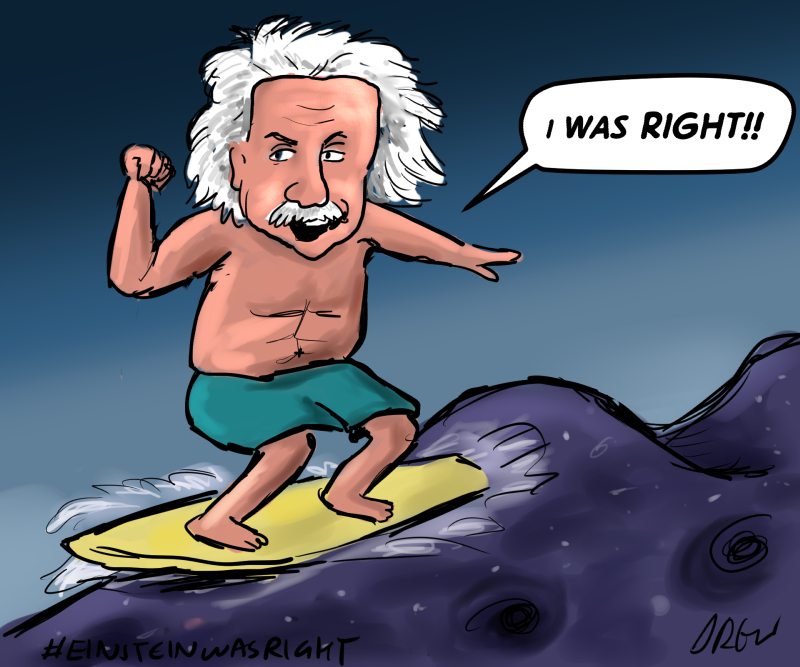 After todays announcement from the Laser Interferometer Gravitational-Wave Observatory (Ligo) we know a century on Einstein’s General Relativity prediction of gravity waves was right.  Reworked old Einstein cartoon to celebrate
Posted by idrew at 11:12 0 comments 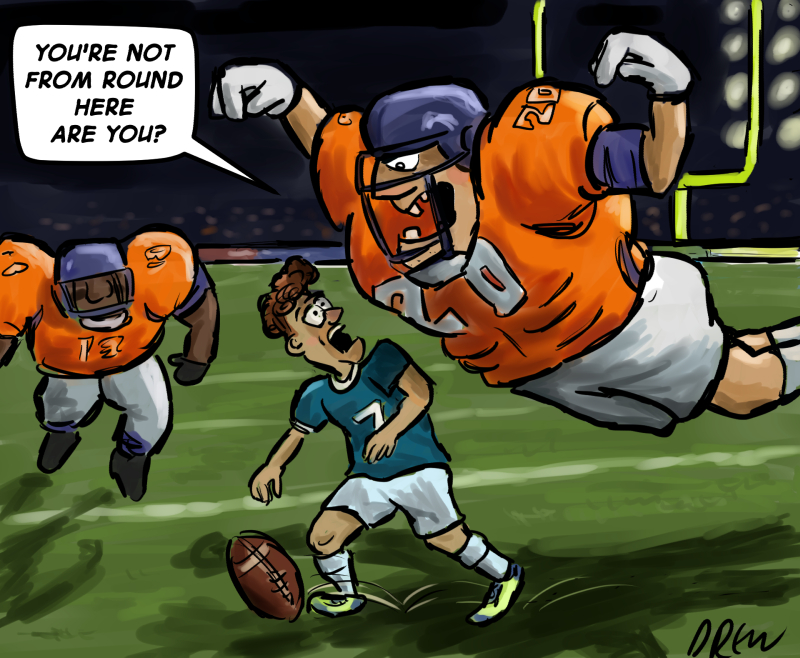 The 2016 Superbowl is coming up tomorrow night and British people find themselves vaguely interested in the American version of football for a very late night.  This cartoon for a competition is how I feel as a British football fan trying to get into American football once a year.
Posted by idrew at 12:18 3 comments

Error 53 Revenge of the Apple Store 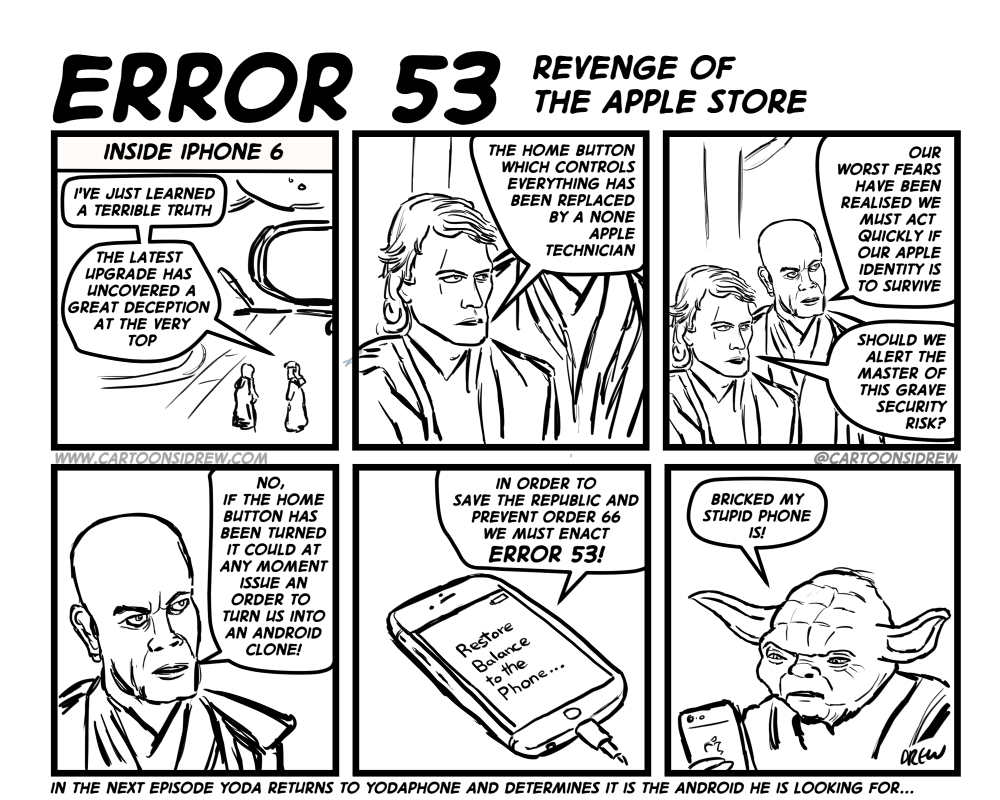 Has Apple turned to the dark side with the latest upgrade bricking iPhone 6s with the mysterious error 53 if they have been serviced by non-Apple personnel?  Here I contrast Error 53 with Order 66.

Apple claim that it is a security risk if non-Apple personnel have tampered with the fingerprint sensor allowing them to gain unauthorised access.  However bricking the entire phone if it detects a non Apple home button is an extreme measure when they could just have prevented fingerprint access.

The other issue is that is not merely iPhones that have been serviced by non-Apple personnel but sometimes just if you home button has broken in a certain way and while you could continue this upgrade decides it needs to render your entire expensive iPhone useless instead.