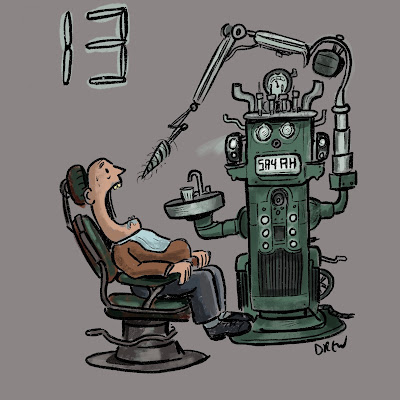 Almost every month on twitter now has its own associated art challenge with #inktober probably being the biggest. Last year I did inktober and an IllustrationHQ small drawing challenge but this year instead of doing lots of other things I took part in #MarchOfRobots which is bigger on Instagram run by Dacosta! aka ChocolateSoop. 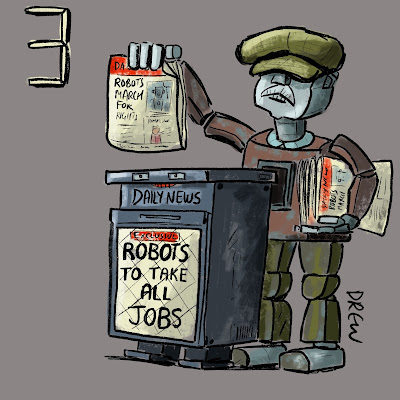 Now usually l have a habit of making things up as I go along but by about March 3rd I had settled on a consistent style and theme of ‘Robots at Work’.  I like drawing robots and one of the earliest cartoons I sold to Private Eye was on this theme (you can see it in the 2017 summary) 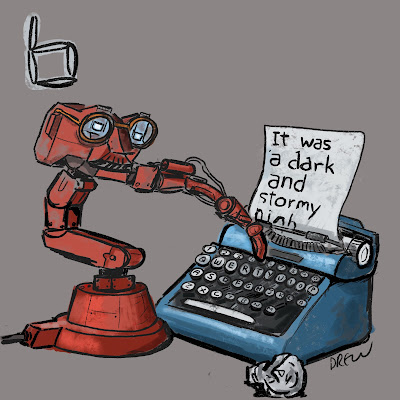 So every day of March I had to find a robot occupation for that day’s prompt for example on day 6 the prompt was ‘key’ so I came up with a robot writer (which is also the theme of a cartoon I drew for the current issue of Private Eye). 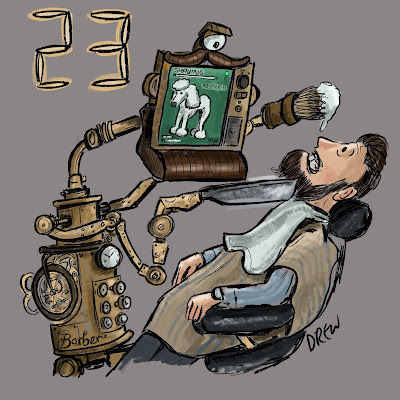 One of the joys of this project was adapting old or current technology to make strange robots like this BarberBot. 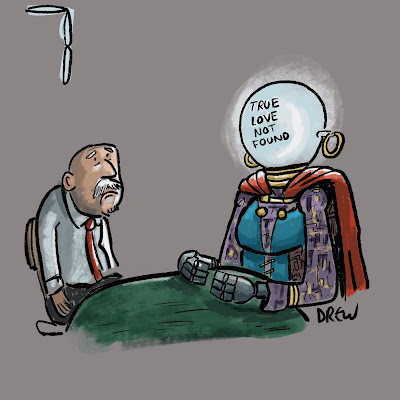 Finally this was my favourite robot drawing from the whole month because I like the mini story contained within the illustration of a fortune telling AI.

You can see all 31 of my images including a Peter Crouch football robot gag on my twitter account (@cartoonsidrew) in the moments section.