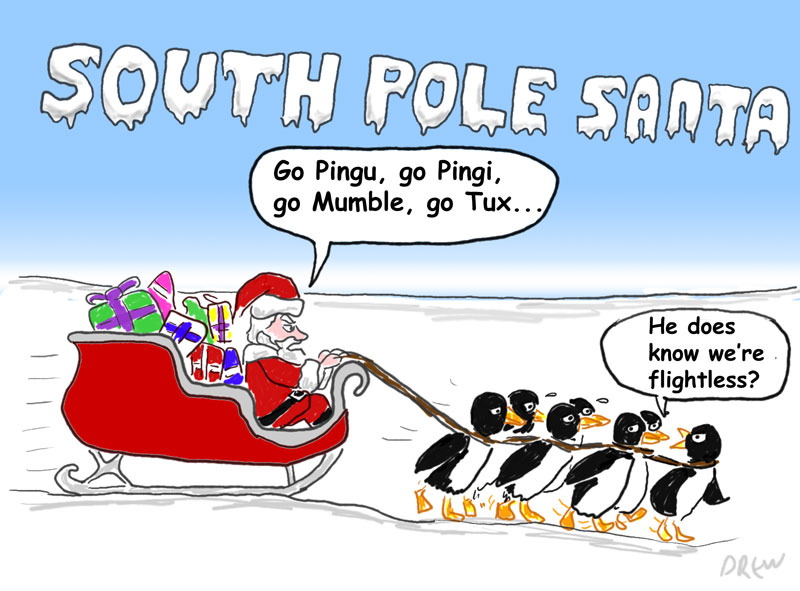 All this led me to thinking about why Santa (who is obviously real) comes from the North Pole which led to another discovery about how cartoonists have shaped modern culture.

Thomas Nast (1840-1902) was born in Germany but moved to America where he drew for Harper's Weekly and other papers.  His illustrations gave us:
He is also famous for his Christmas drawing where taking his inspiration from 'Twas A Night Before Christmas' he was the first to produce our modern version of Santa who is fat and jolly,  Santa having a workshop and elves and Santa coming from the North Pole.

Why does Santa come from the North Pole?  Perhaps because Nash felt he shouldn't belong to any one country.  However in today's cartoon I imagine what a rival south pole Santa may look like (perhaps sponsered by Pepsi).

As well as Wikipedia this article on Thomas Nast is also interesting
http://www.historybuff.com/library/refnast.html
Posted by idrew at 22:38