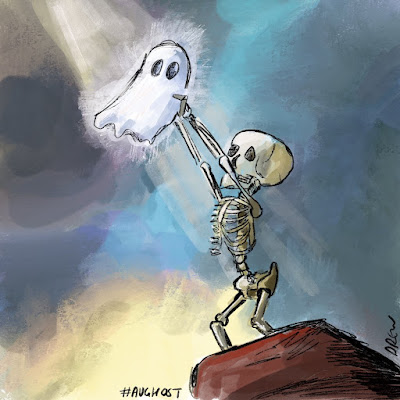 You could do a prompt-a-day art challenge every month of the year if you wanted to there is now so many of them,  Of course the most recognisable is #inktober but hang around art twitter enough and you'll see plenty of others and this year Aughost is the third I've tried (Caricature Resolution 2021 by ISCA in January, March of Robots in March and now in August...)

AuGhost was setup by David Pietrandrea and Sommerjam as a daily drawing of something ghostly to a prompt every day in Aughost and there is tons of fun and varied artwork from artists of all stripes.

Last year I did a couple in the spare minutes before the day started but this year I spent a bit more time on my efforts and the main thing I discovered this year was how much wordless cartoons did for this sort of challenge for a couple of reasons.

Firstly with wordless cartoons or comics you aren't just making a picture but trying to tell a story without using word which has one obvious advantage that it works in any language as long as you don't include obscure cultural references.

So here are my favourites up top was a Lion King reference the circle of afterlife. 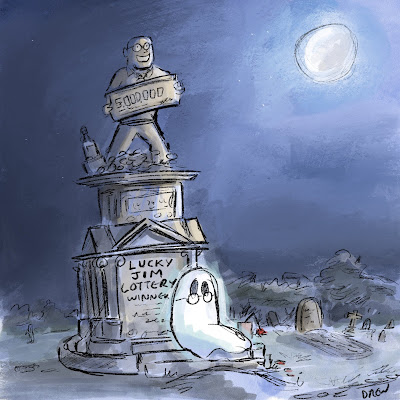 The prompt for day 3 was lottery and one of the nice things about ghostly prompts is that you can also go for thoughtful or sad and not just the gag every time as the overall theme is quite reflective. 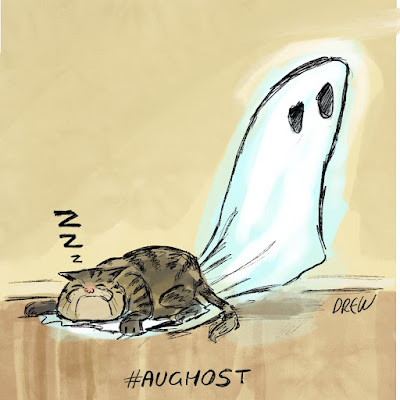 Of course people are just scrolling so sometimes they are just feline like they want a cat gag to hit like on. 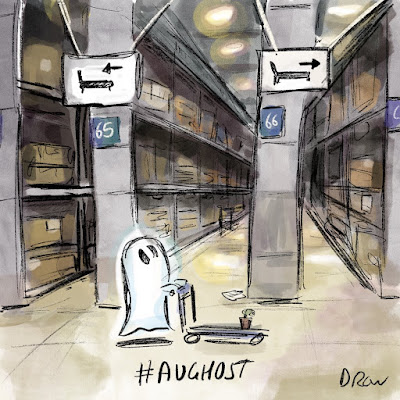 Then again sometimes you want to reward folk for taking time to roam around the image.  This one was on the theme cavernous and I hid contractionary  signs at the top.  It's relatable because everyone gets lost in Ikea. 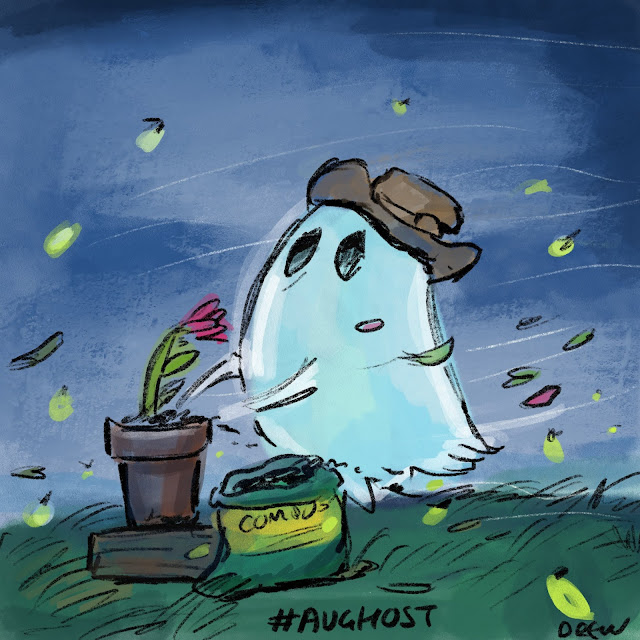 Sometimes the fun is just to work out something for a prompt in this case elemental in which case I came up with sometimes around Earth, Wind and Fireflies with some ghostly gardening.