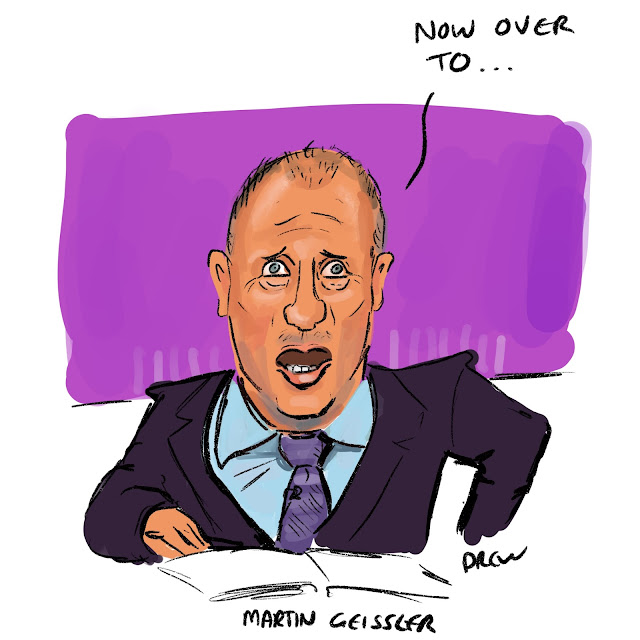 The Scottish Parliament elections fell in pandemic times so the 6 weeks of campaigning was a bit more muted than normal meaning all I saw of it were a few shouty TV debates and leaflets through the door.  Being a bit unsure of what conditions in voting stations would be I registered to vote by the postal time for the first time.

The other pandemic fallout was that results instead of being released in a thrilling overnight race to be first  to declare were spread over two days of counting Friday and Saturday as they could not have as many counters in the halls as before.

I missed the first day of mostly constituency results but had it on for most of the marathon 8 hours of coverage on the Saturday.  For part of this I drew the host Martin Geissler (who did a good job). 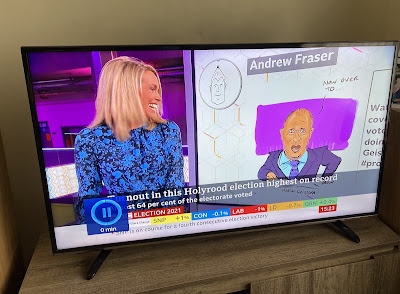 I paused the TV so I could show my ma I’d been on the television.