Back to the old drawing board 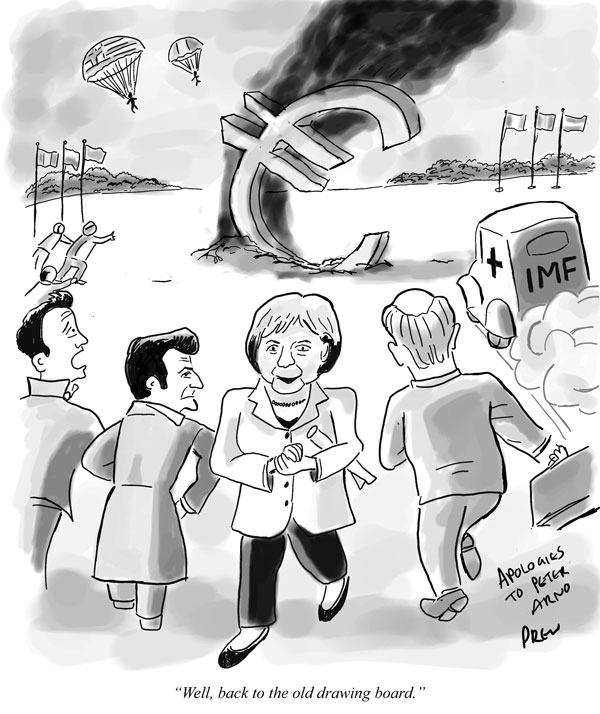 Given how much the Eurozone crisis has been in the news I hope you recognise Merkel, Sarkozy and our own PM as well as the overall message.  However do you recognise the reference?

Here is a great example of how cartoons have influenced culture.  On March 1, 1941 the American cartoonist Peter Arno had a cartoon published in the New Yorker magazine with the caption "Well, back to the old drawing board."  You probably recognise the quote but did you realise it came from a cartoon.


You can see the Peter Arno original here.