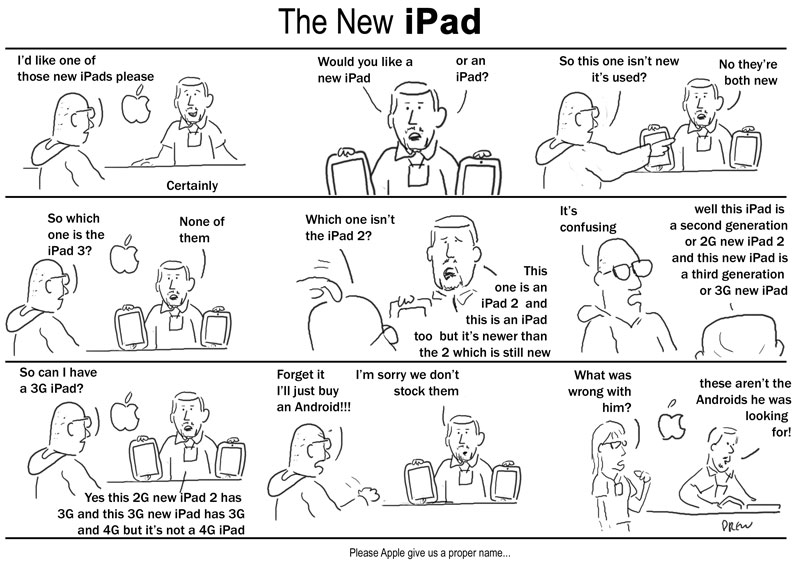 They were expected to call it the iPad 3 or the iPad HD instead Apple called it the "new iPad" which is great from a cartoon perspective because I couldn't figure which of it's features was worth cartooning about (and I'd already done the whole Moses tablet/iPad2 pun last year).

All I can think is having something called the 'new iPad' will be confusing for those who sell the old iPad and is going to seem really outdated at this point next year when the 4G version of the iPad is launched.

For those interested in the actual technological improvements it has:

Email ThisBlogThis!Share to TwitterShare to FacebookShare to Pinterest
Labels: Apple