Prometheus The Plot According To Me (Spoilers) 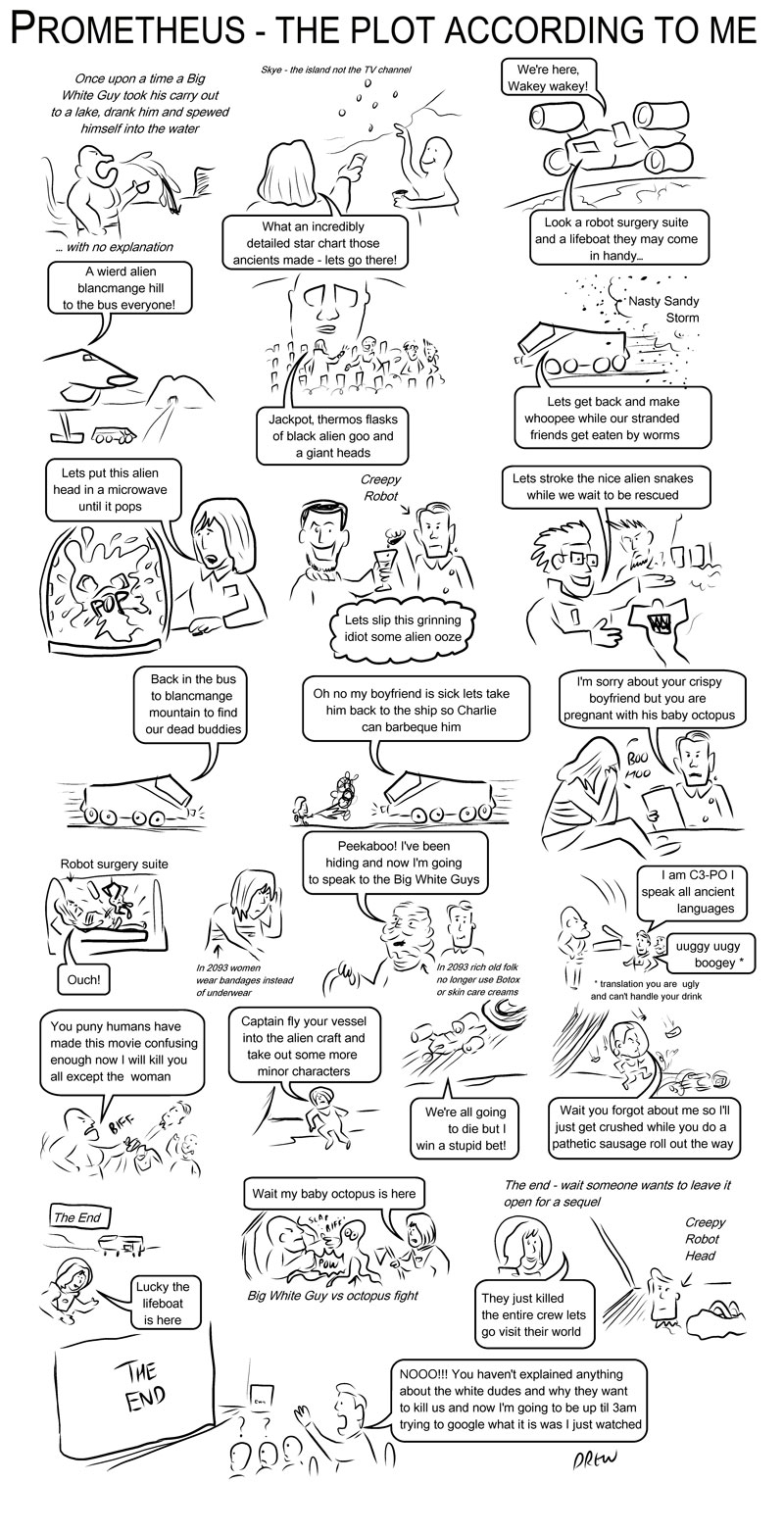 I saw Ridley Scott's Prometheus last Thursday and came away rather confused.  After arriving home at midnight I attempted to sketch out what I had seen and then decided to turn it into a one page cartoon summary.  However it took me several attempts to try and condense it enough until I realised that it didn't matter if the condensed version was confusing when the entire full length movie didn't entirely make sense.  The result doesn't exactly fit on the page but was as close as I could get it.

If you haven't seen the movie then this contains spoilers and will make no sense, if you have then I hope you get it and can explain what was going on.

It was a shame I love alot of Ridley Scott's previous work like Black Hawk Down and Alien but while it was pretty it was also pretty confusing.

++ UPDATE ++
Plenty of people have had a go at trying to explain the plot and some of them sound quite plausible.
Heres one I quite enjoyed reading http://cavalorn.livejournal.com/584135.html.