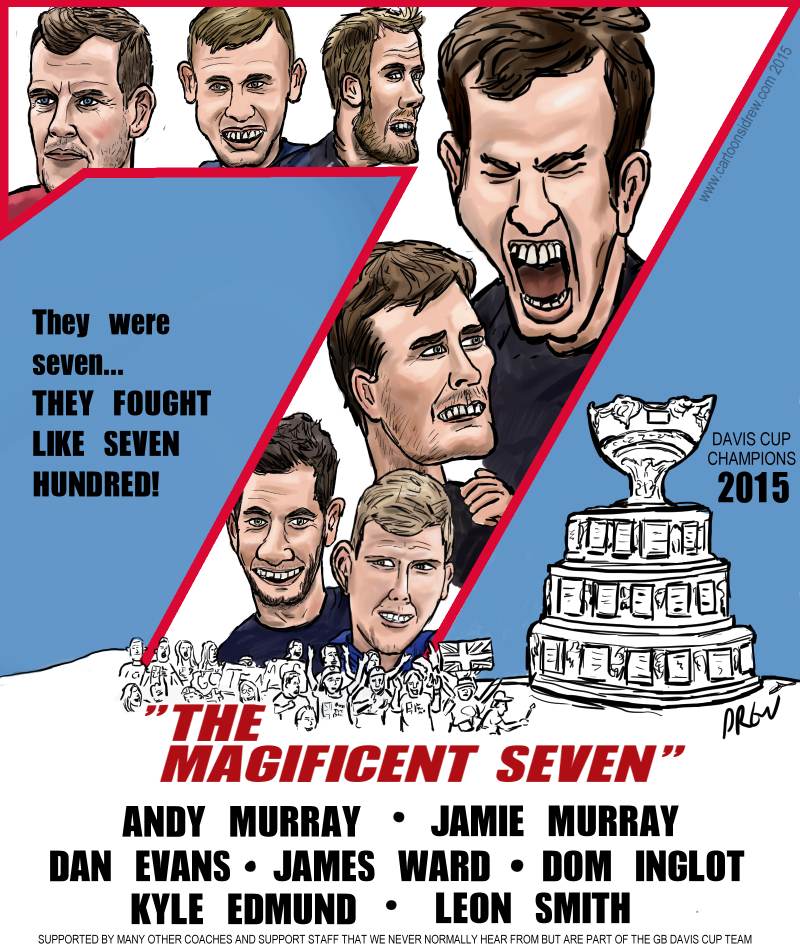 And so it came to pass in a thrilling three set match against David Goffin Andy Murray did win the Davis Cup for Team GB and there was much rejoicing and rewatching of that final point/fantastic lob and First Minister Nicola Sturgeon did declare the next day to be St Andy's day.

However in addition to the ever impressive Andy Murray there were of course the rest of the team Jamie Murray, Kyle Edmund, James Ward, Dom Inglot and Dan Evans.  Also everything I have read about Leon Smith this week has convinced me that he should SPOTY coach of the year.

Here was my winner montage.  I also did a picture of players lifting the huge dalek trophy which they never did (they just lifted the cup). 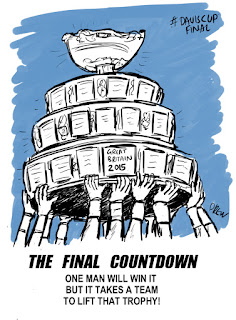