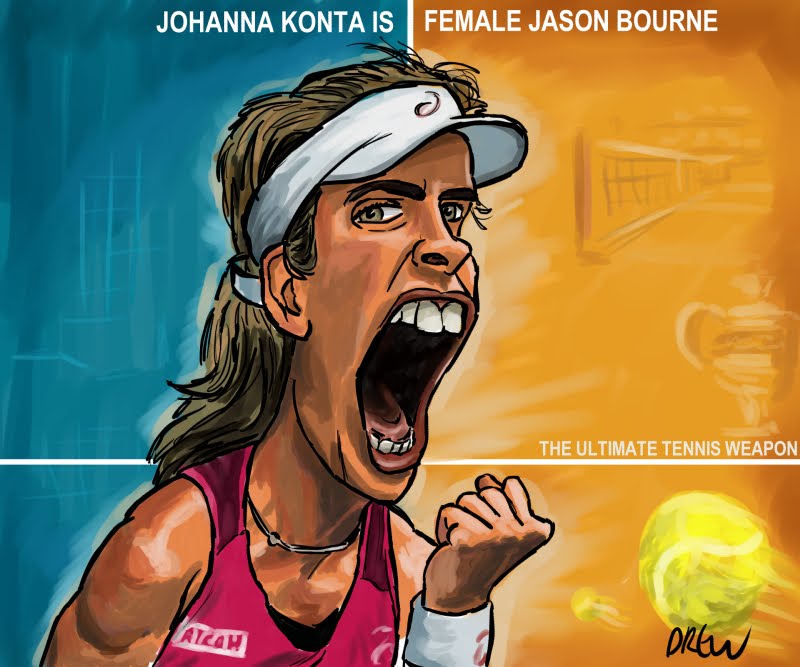 Caricature of Sydney born British tennis star Johanna Konta the 'female Jason Bourne' of many passports (British, Australian, Hungarian) who had an amazing 2016 Australian Open run to the semi final of the women's singles until she was knocked out by Germany's Kerber.

Her success however brought out plenty of comment about her nationalities which lead to her labelling herself as the female Jason Bourne
Posted by idrew at 23:02