As 2016 the year everyone on social media hates draws to a close here are 16 of my favourite news cartoons of the year include one that made it to publication and plenty that didn't.  Together they tell a topical tapestry of the year of election shocks, tech and pasta sauce.

In February Apple were accused of being extra evil with Error 53 that bricked iPhones if it detected the home button had been replaced by a none Apple Technician. 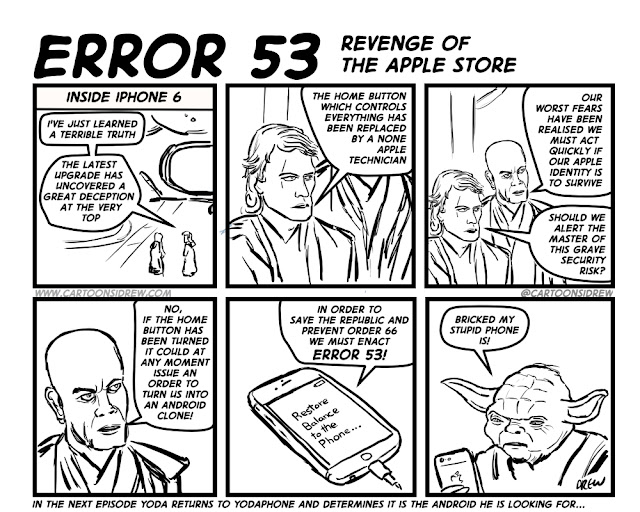 I include this one because it was published in Private Eye (surely the high point of my cartooning career so far), and for a brief moment it looked like David Cameron's fathers offshore dealings might bring the PM down. 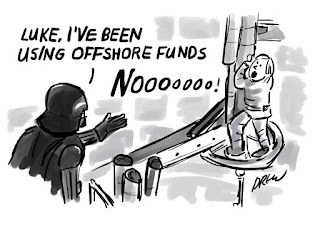 In the warm afterglow of getting published I attempted to tackle the most important story of the year the advice from Mars Food that we should limit our pasta sauce intake to one a week. 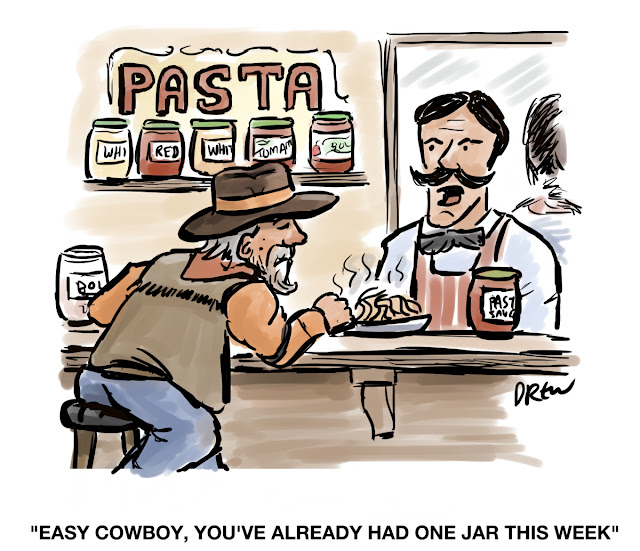 The Scottish parliamentary elections in May seem like a more innocent time with no ridiculous candidates (except UKIP's David Coburn) and no shock results.  The debates were predictable with an angry Ruth, trying to be angry Kezia, sensible Patrick Harvie and Willie Rennie.  Infact the most entertaining part of the election was the BBC coverage when Brian Taylor got frustrated with the big screen technology at the start of the evening's coverage. 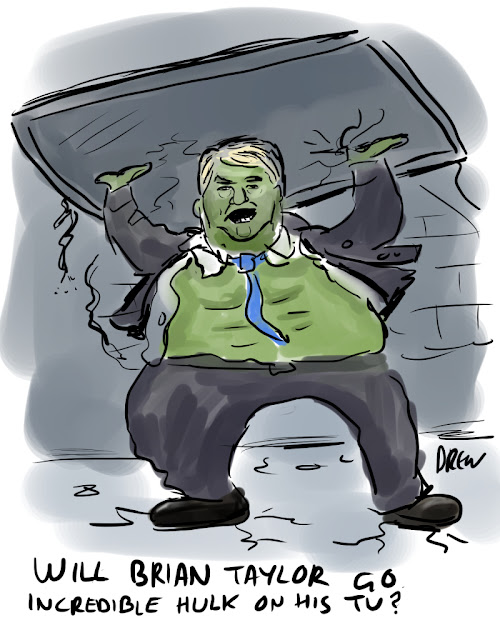 5. John Swinney and the tooth fairy

This was an off the cuff response to a John Swinney tweet about the tooth fairy which gave me a chance to caricature him. 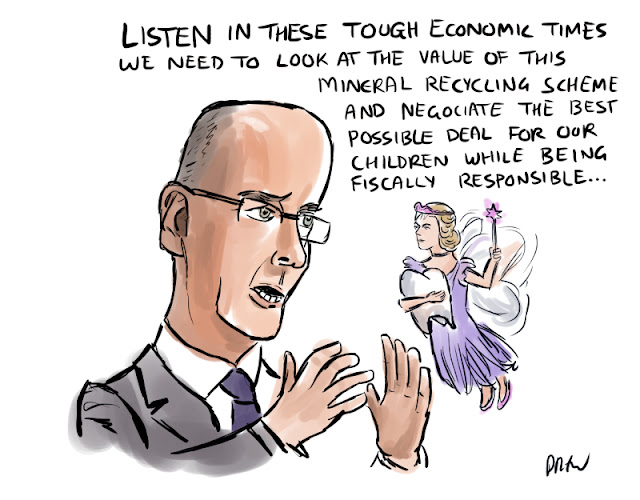 6. Prisioners to be allowed iPads in cells

There was a story in May about proposals to allow prisoners the use of iPads in their cells which lead to this Shawshank Redemption cartoon. 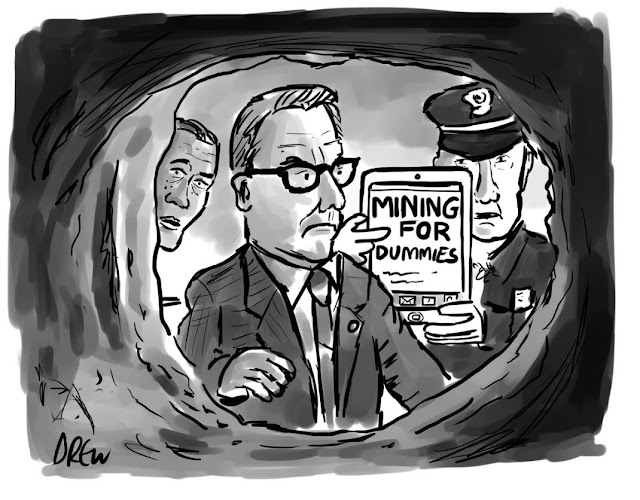 I include this England cartoon from Euro2016 as the Iceland game is too traumatic to relive.  Euro2016 also gave us Rooney the midfield general and also perhaps the most boring match I've ever watched Croatia v Portugal 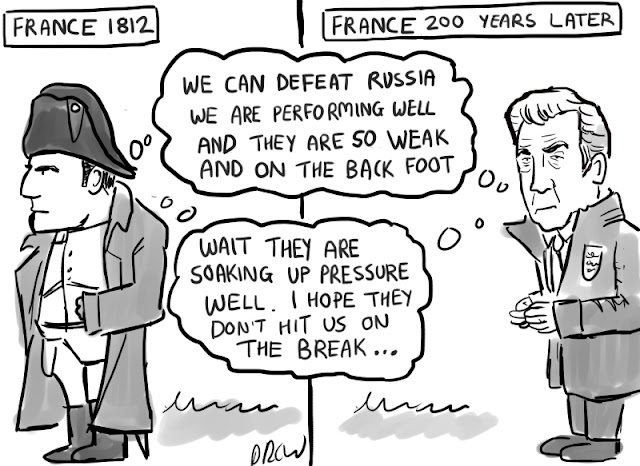 Tim Peake the first British ESA astronaut to board the ISS came back to earth. 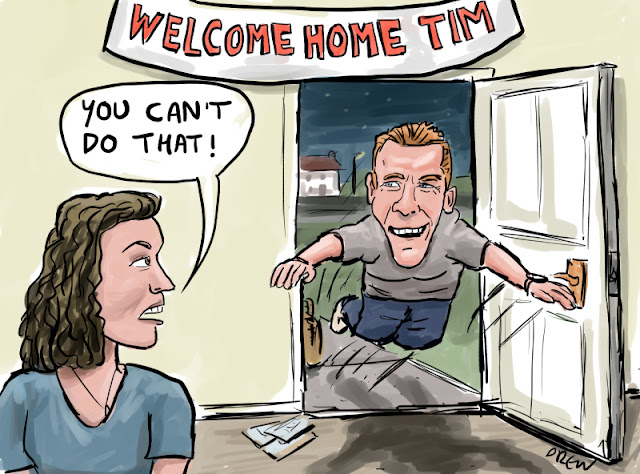 This year I drew plenty of Pokemon GO cartoons so I've picked the one I drew the day I first played it on holiday which also features a familiar lemmings gag (I go on about the lemmings myth in this blog post). 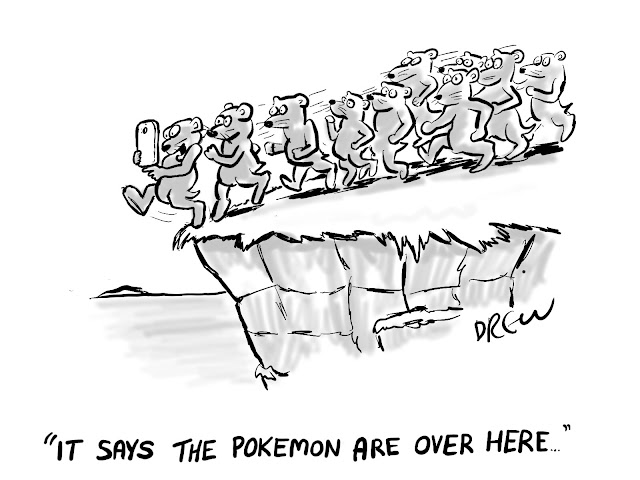 I guess the most fustrated I got in 2016 was the Brexit vote and the aftermath when clearly no-one on the Leave side had a plan for what to do if they actually won.  We were left wondering which of the unholy trinity of Gove, Johnson and Farage would enlighten us when instead they all went to ground for a few days. 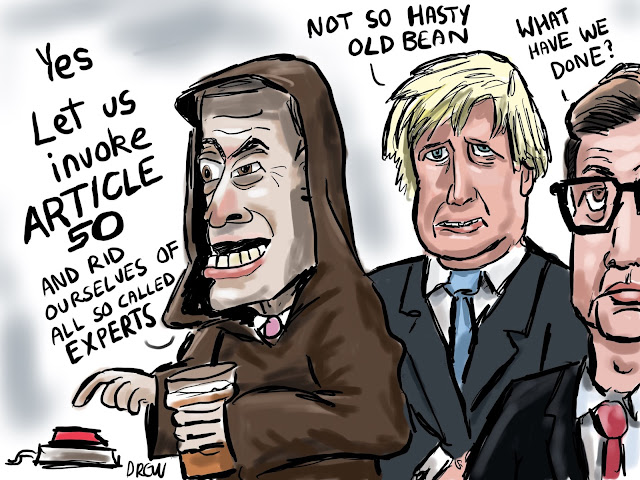 The non-Jeremy Clarkson and co version of Top Gear had a ton of presenters and Chris Evans didn't last one season before stepping down. 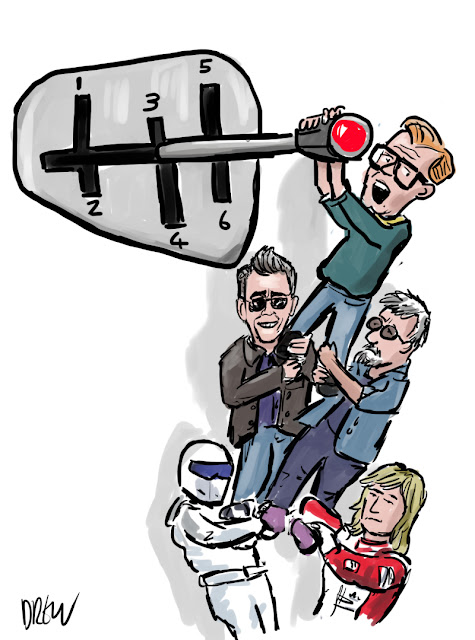 Perhaps the most stunning act of political betrayal this year was Grove's subversion of Boris Johnson's leadership bid leaving us with May vs 'I have children' Leadsom. 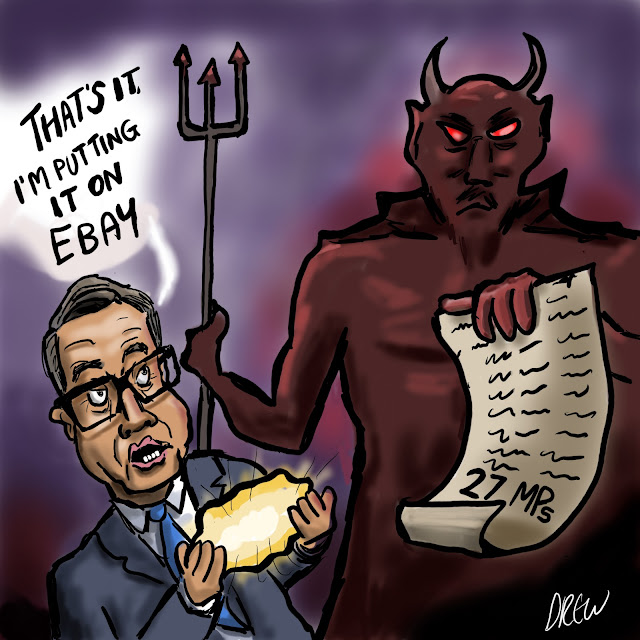 I didn't really nail it with any of my US election cartoons but this was the most fun to draw. 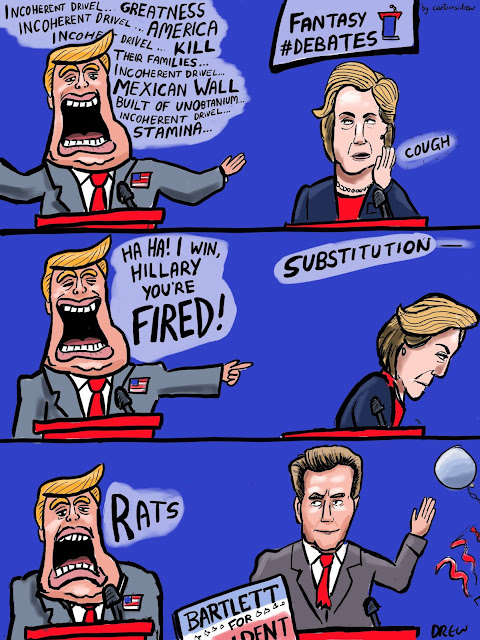 Project Fear on the Remain side said all the car manufacturers would flee these shores if we voted Leave.  They didn't but someone in government had to give Nissan some 'assurances' to make them stay. 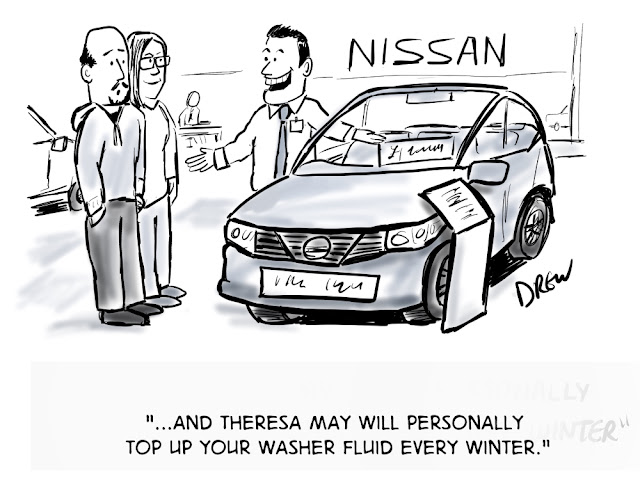 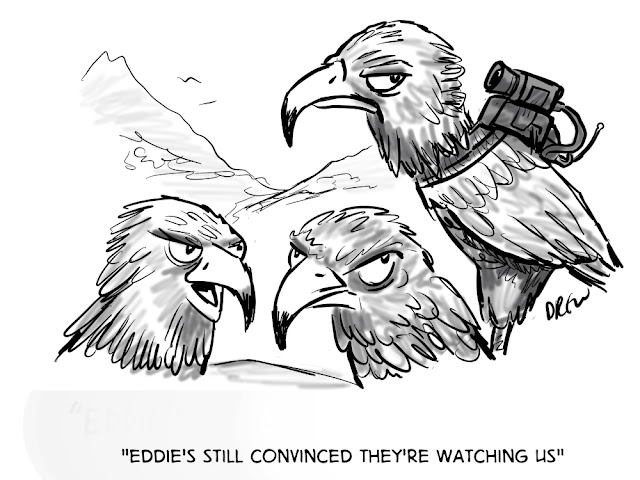 At the start of 2016 almost no-one chatted to their tech but by the end it wasn't unusual to command your lights to switch off or dictate texts like a Star Trek commander... 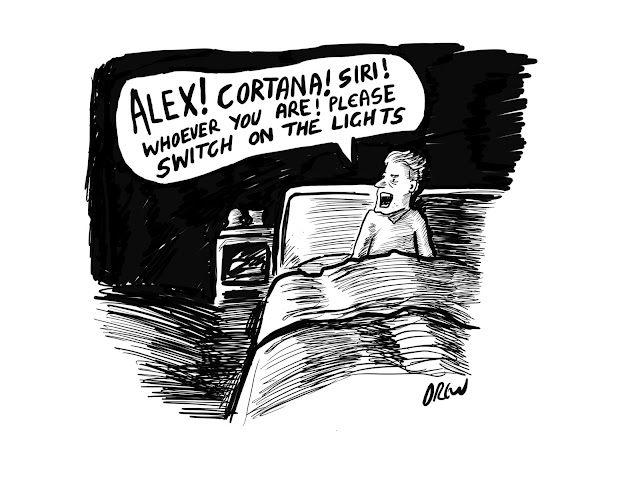