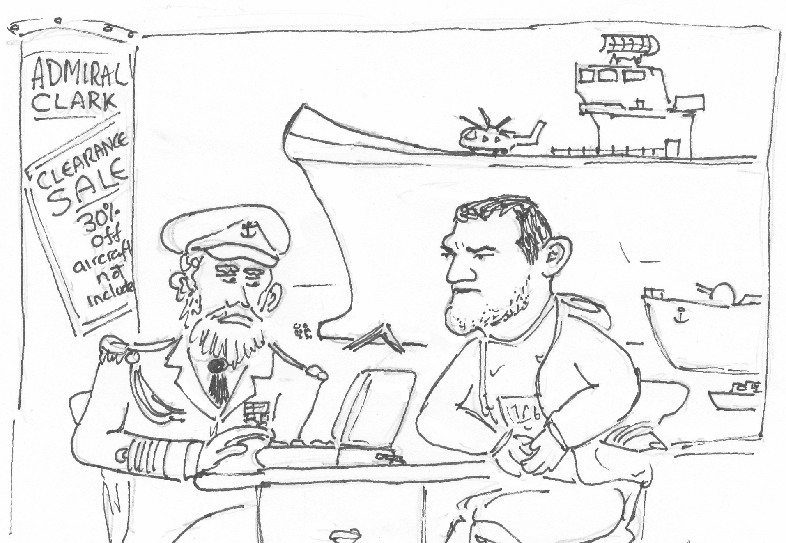 "Well Wayne it could be yours for 10,000 easy weekly repayments of 250mil and I'll throw in 3 months sea tax and a Merlin ASW helicopter"

Wayne Rooney﻿ has been rewarded for his disloyalty with a new five year contract at Manchester United allegedly worth 250,000 per week.  This despite his disappearing act at the World Cup and a very poor contribution to my fantasy football team.  I think this is the least he can do to repay the country.
Continuing the Navy and Matt theme from yesterday the building of more aircraft carriers than we need is another easy target of comedians everywhere and here is Matt's Rooney/Aircraft Carrier cartoon.  My father works for one of the companies building the carriers and was in no doubt that they couldn't be cancelled due to contracts already signed.  Indeed earlier this month we were at the launch of HMS Duncan and we could see huge sections of the carrier already underway in the hanger.  The launch of the first Queen Elizabeth class carrier is going to be another field day for cartoonists but certainly not as satisfying for the people who built it as it should be.
Posted by idrew at 13:50