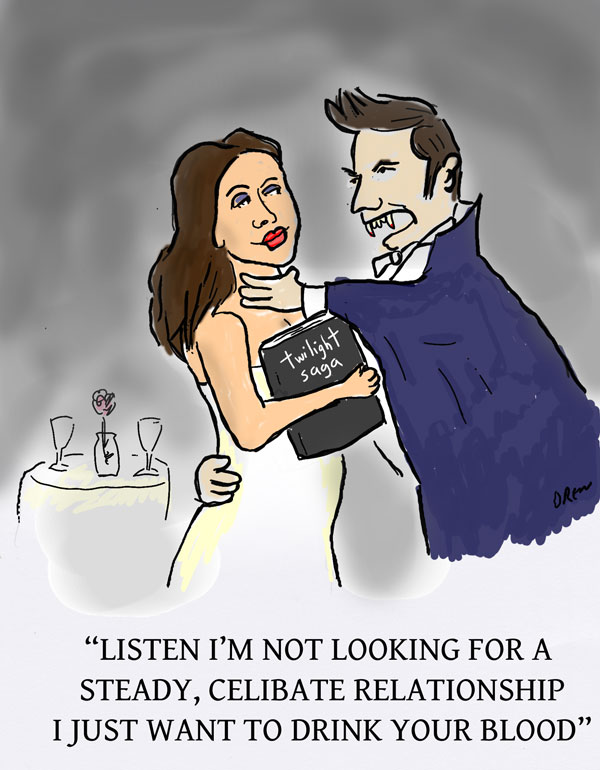 I don't like horror flicks so I was at a loose end as to what to enter for the 'Horror Film' themed comp and settled on this commentary on the Twilight series of books/films.  I've never seen it but the central premise that a vampire wants a steady, celibate relationship with a women instead of what vampires normally do (according to Dracula) just seems incredulous.
Posted by idrew at 04:56