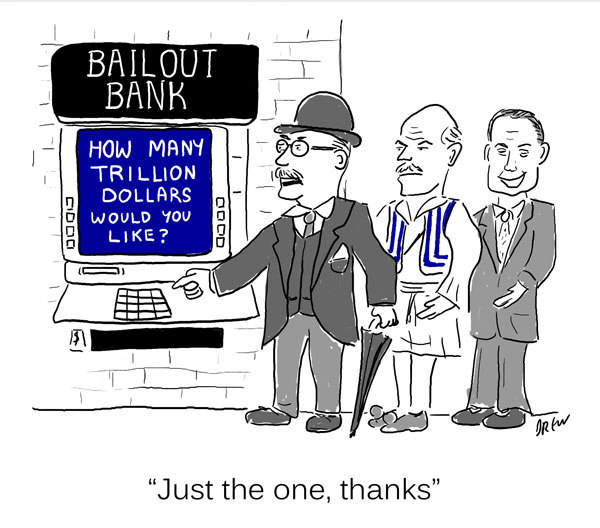 After shelving my Binary Gag decided to enter this one into the Caption Compedition.

Similar to another caption entry World Monopoly which is topical again this week as the Bank of England decides to print more money and not give it to me.  Also I share a character Berlesconi between them (I prefer the previous version) and considered giving him some female company but decided it would distract from the gag.

For the record nobody knows the exact amount just the UK government bailed out the banks for but in December 2009 the Independent had it at roughly 850bn so 1 trillion UK pounds by now doesn't seem that far off.
Posted by idrew at 14:07