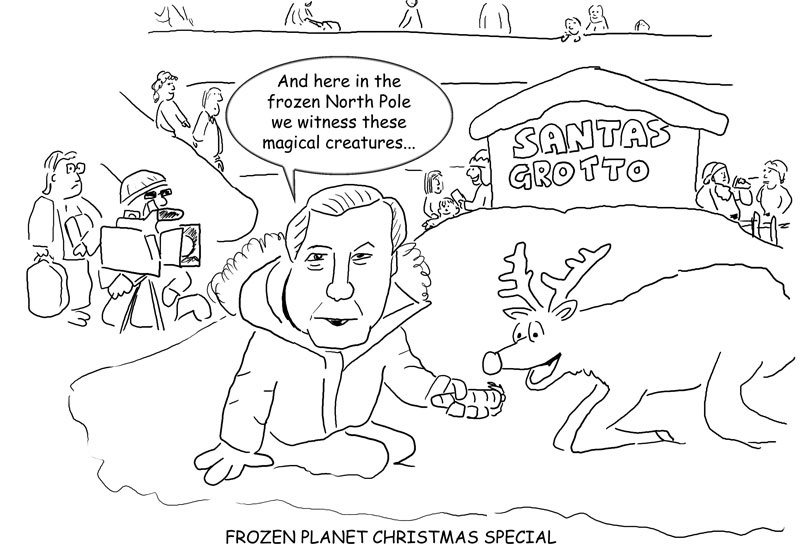 The BBC is currently denying misleading viewers over an episode of David Attenborough's Frozen Planet where a polar bear birth was filmed in a Dutch zoo with a voice-over that didn't make it clear it wasn't in the Artic regions (although the website does put the record straight).

Of course TV is all fakery and at least they don't lie like everyone on Strictly's results show who have to maintain the illusion their show is filmed on Sunday not on Saturday night.  Then there's wrestling...

Half way through the advent season.
Posted by idrew at 14:42