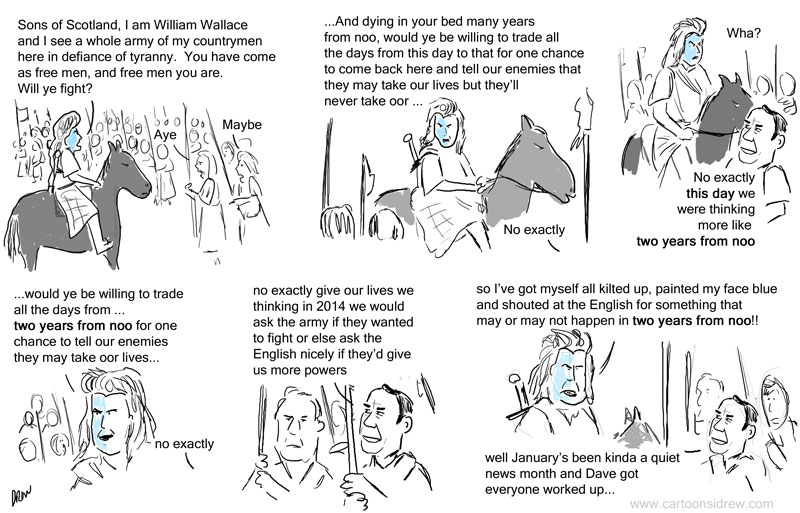 I'm an Englishman with Scottish roots who grew up and lives in Scotland so you think I'd be interested in the devolution debate currently topping the UK headlines but I'm not.  You see it must be a slow news cycle that leads everyone to talk about something that might happen in 2 years time that may lead to a long and costly breakup of the United Kingdom.

The most annoying part is that the 'debate' it generates quickly becomes an ugly slagging match between Scots who want out and English who either want the Scots out or want to moan about how they subsidise Scotland.  These are not the thoughts of the main population of England and Scotland but rather the fringe elements who hover round the comment section of newspapers waiting for a chance to make their point.  What I want before any referendum is some facts about what it would mean to be in or out not endless Braveheart style speeches about Freedom.

If it is to be 2012 I'm not looking forward to two years of increasing bad feeling between England and Scotland before the real debate starts.