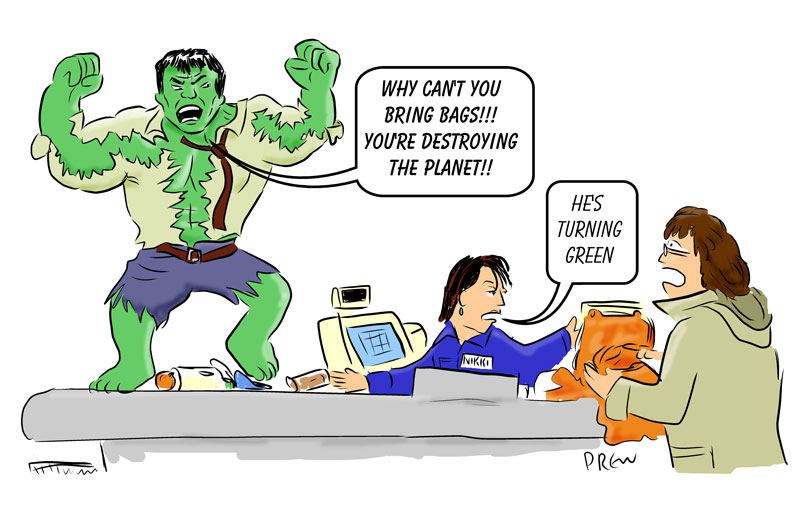 I start with the Hulk who ought to be the ultimate 'Green' hero.  Thanks to our education system my daughter now shouts at me in supermarket checkout queues if I don't bring reusable bags with me.

Some facts about the Hulk
1. The Hulk was originally grey not green but as green was difficult to print he was turned to green by issue #2 of "The Incredible Hulk" comic series
2. The Hulk has grown over time being originally 7-8ft in the comics, he is now 10-15ft in the films and modern comics.
3. Bruce Banner is one of many Marvel characters with alliterative names e.g. Peter Parker, Matt Murdoch, Green Goblin, Pepper Potts, Silver Surfer,Fantastic Four
Posted by idrew at 14:31