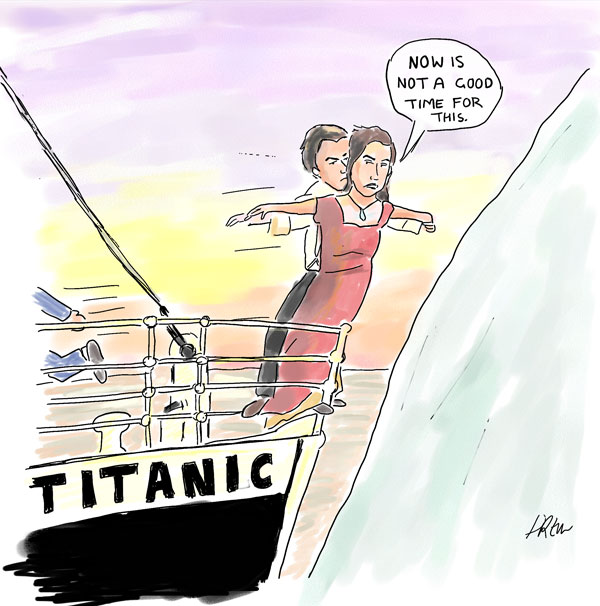 For those who haven't heard it will be the 100th anniversary of the sinking of the Titanic tomorrow.  However I actually drew this cartoon for a CCGB competition back in January hence the caption.

The problem was the Saturday of posting the news of the Italian cruise liner Costa Concordia disaster was all over News 24 a fact I was alerted to by another entry for the competition that mentioned boats/liners.  Tying it with the caption then was not a good time for posting this and so I shelved it until now.

I still don't understand why Titanic sinking is such a romantic topic whereas other disasters like planes crashing would just be horrific.