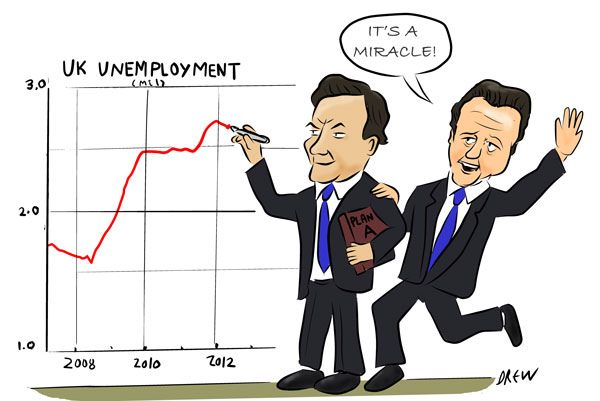 Quite happy with my caricatures of the Right Honourable David Cameron and George Osborne but not so sure this attempt at the CCGB caption competition "It's a miracle!" is going to cause many laughs.

It is of course based on the news that unemployment fell by 45,000 to 2.63 million in the last 3 months.  My graph is based on the BBC figures from 2007 onwards although I have used that old statistical trick of not starting the Y axis at 0 to make it seem more dramatic.
Posted by idrew at 12:49