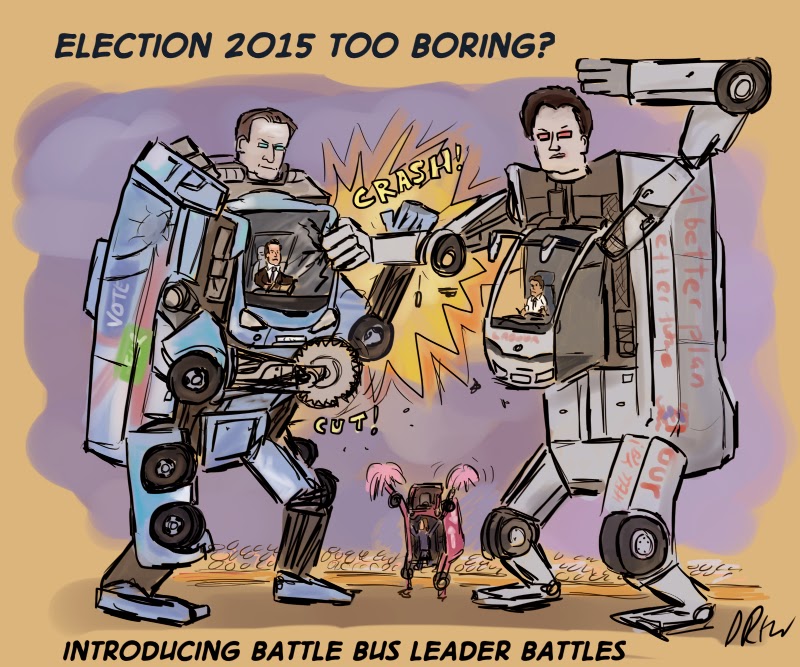 With a week and a half left of the UK general election campaign to go most of the public are already fed up with the campaign lurching as it does between stage managed don't meet the public appearances, speculative and uncosted policy announcements and rubbishing of the opponents girlfriends,/football supporting credentials/childhood Sindy hairstyling.

I think the time has gone for a new way to resolve our inevitable hung parliament ... the battle bus leader battles. I would have liked to have included the Lib Dem battle bus but it broke down on the way to the cartoon.
Posted by idrew at 11:36