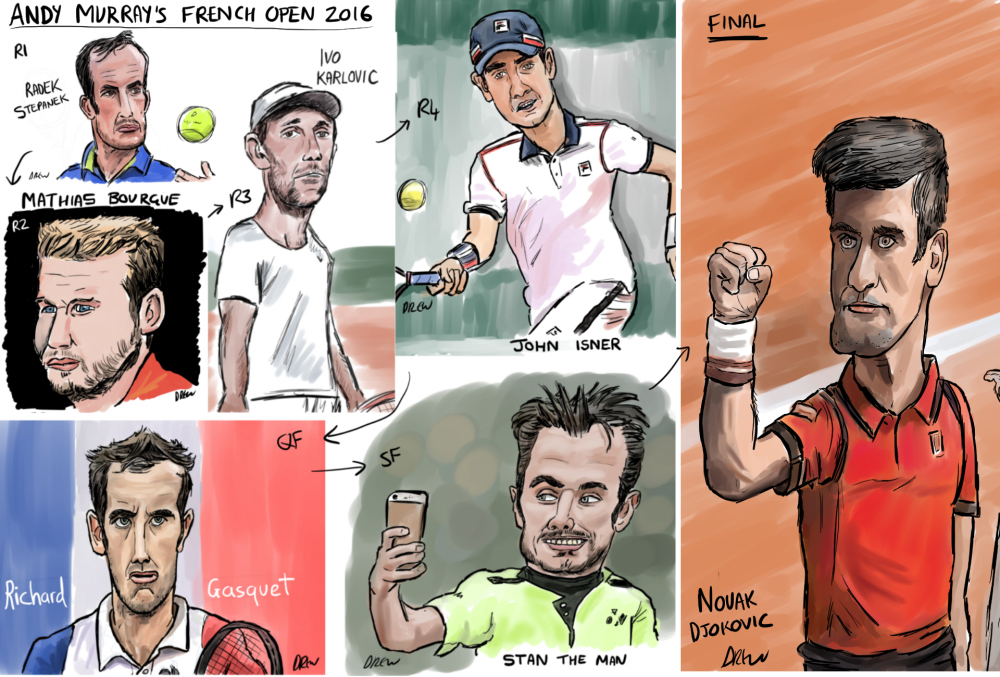 For major sporting tournaments I sometimes try and give myself a challenge like drawing every member of the GB Davis Cup team last year.  Actually what really happens is I start something for fun and then find myself having to finish the set much like Novak Djokovic found himself trying to complete his set of Grand Slams at the French Open this year.

Most of the time when I follow tennis it is either Davis Cup, Andy Murray or Wimbledon but this year I could watch the French Open on TV so I thought I would keep track of how Andy Murray was doing after his impressive win in Rome over Djokovic on clay when I drew this quick cartoon (it was also his 29th birthday). 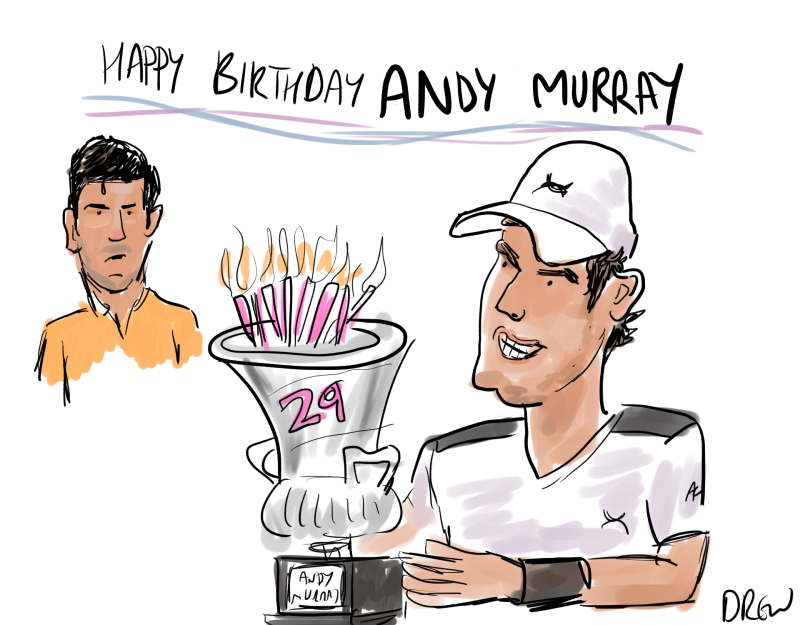 The big news going into the French Open apart from Djokovic's desire to win it, and Andy Murray's form was Federer pulling out of his first grand slam in 17 years due to injury.

The first cartoon show's Andy Murray's route to the final which at first was thought to be an easier half of the drawer since it didn't have Nadal in it (who was to pull out injured).  His progress in cartoons was:


The other talking points that spawn cartoons were the weather and the outfits.

The lack of a roof (the Australian Open has three, Wimbledon one and the US Open will get one this year) coupled with some pretty abysmal weather for northern France meant a lot of play was rained off with one day being lost completely and other days where very little play occurred.  Despite this they did get through the schedule in time to have the men's final on the second Sunday but with some forecasts this wasn't looking likely. 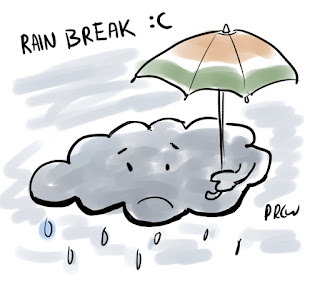 Secondly Adidas players were wearing a funky black and white zebra pattern outfit based on the dazzle camouflage of WW2 allied shipping.  I drew a picture from one of the battle of the Zebras when two adidas players Thiem and Zverev were battling it out in the third round. 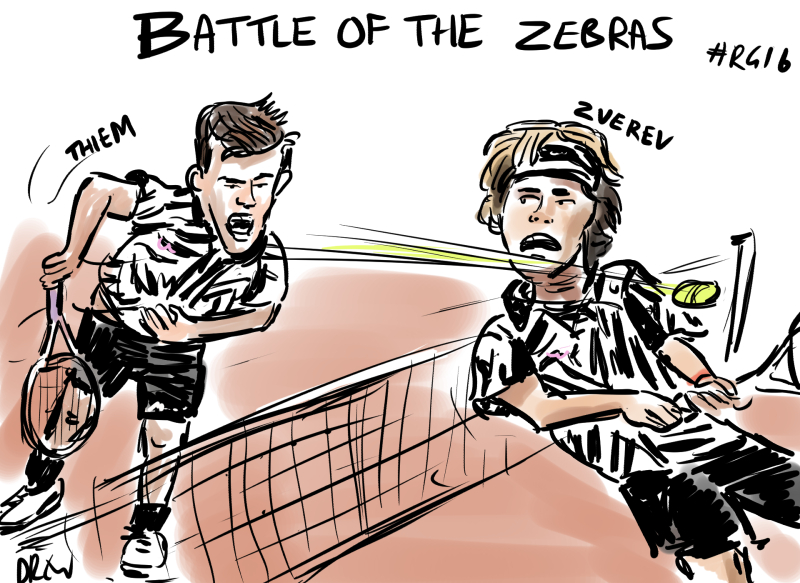 So a wet French Open was good for the unstoppable Novak Djokovic and nearly great for Andy Murray.  Now the grass season is upon us and in a month or so it will be Wimbledon.  No idea if I will do anymore for that given it falls in a busier time of year for me.
Posted by idrew at 14:01