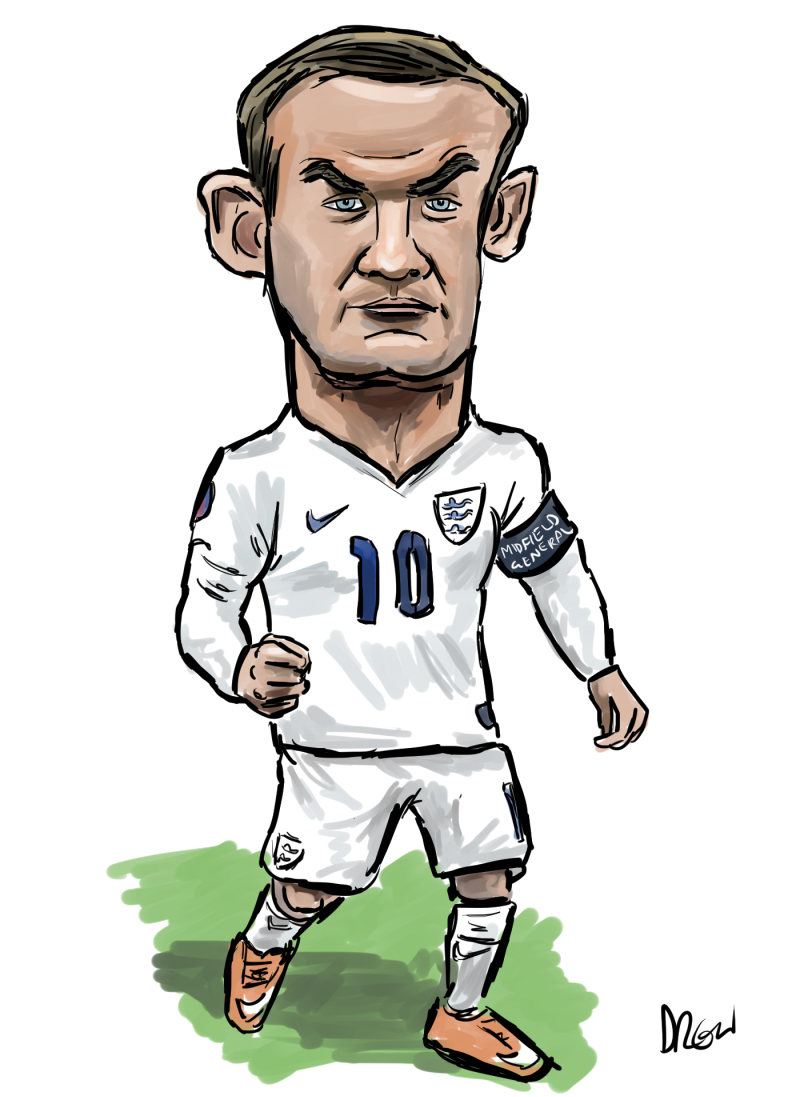 So England v Russia Euro 2016 for England in Marseille where the fans had been involved in clashes for three days, and following a victory for Wales who showed that British teams can win their opening matches the England team performed quite well.
With the veteran Wayne Rooney now withdrawn into midfield as a midfield general (drawn above) they were making lots of chances that unfortunately no-one managed to get onto the end of.  It was all potential, pressure and no goals in the first half and in the second half Russia came more into it until Dier scored from a free kick and Roy Hodgson hauled off Rooney and Sterling for Wilshere and Milner as we looked to see out our victory.
With Russia it is never so simple and in the 91st minute they scored an equaliser with one of their few attacks.
In the aftermath where a draw felt like a defeat I drew this cartoon showing parallels between 1812 and now (although whether Borodino which was not the clear victory Napoleon was looking for exactly equates to a 1-1 draw is debatable). 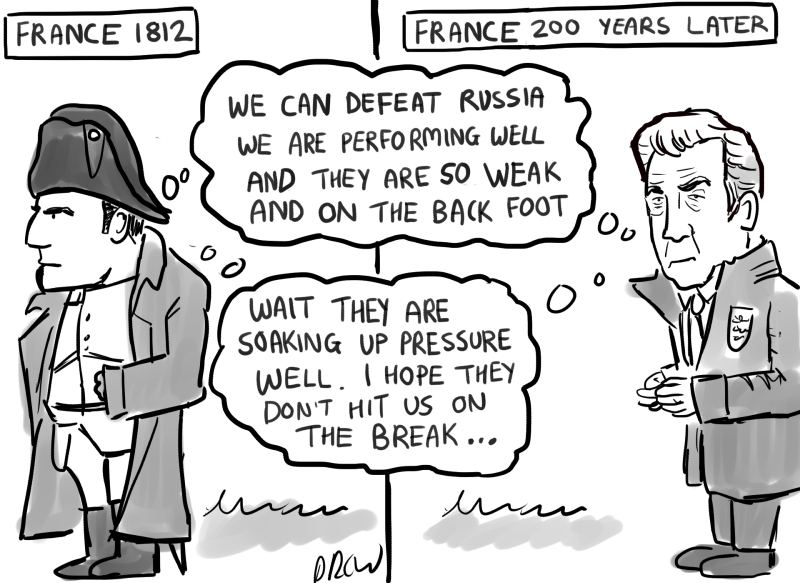