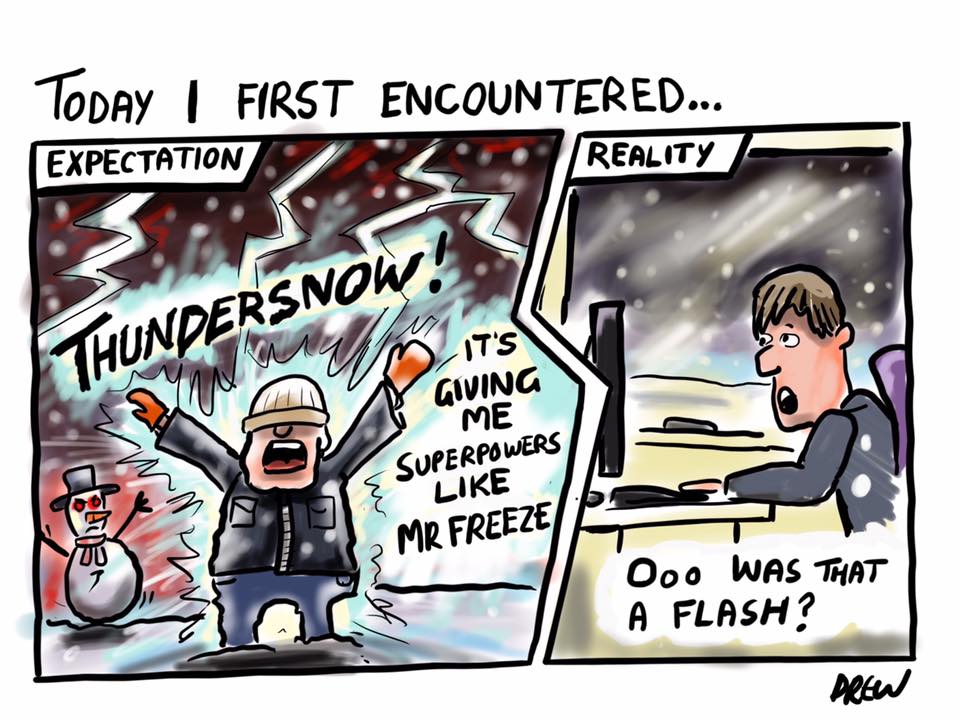 Today in East Kilbride I saw a fairly rare (in the UK at least) weather phenomena know as Thundersnow which according to Wikipedia and the Met Office is a thunderstorm where you get snow instead of rain.  The snow muffles the sound of the thunder so what you get more of is the flash reflected off the snow.  Thundersleet is also a thing when the storm can't decide whether it wants to be just a thunderstorm (the rain is apparently implied) or a cooler thundersnow.

After a heavy gray brooding storm front it really was over in a flash for me but I did draw this cartoon about how it could have been even cooler - at least in my imagination.

I have also cartooned about other extreme weather like the December when it was quite windy.
Posted by idrew at 15:09

Email ThisBlogThis!Share to TwitterShare to FacebookShare to Pinterest
Labels: weather