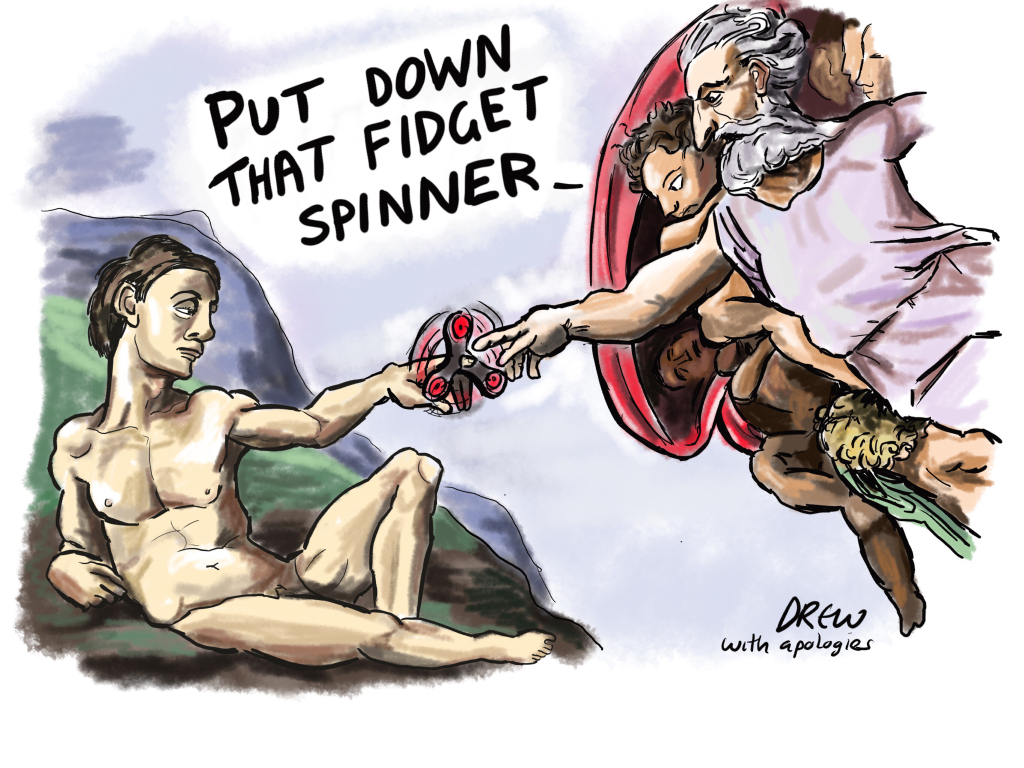 Here's one from the reject pile about fidget spinners the latest playground craze that is sweeping the country and has finally invaded my house when we exchanged a few quid for a not very rugged bit of plastic-y LED junk that will either break or get discarded once the fad disappeared.  Have to say I preferred the loom band craze of a few years back which was at least useful for making your own bracelets and clothing (I was not bad but my fingers are a bit too big).

I enjoyed trying to draw a version of the Michelangelo's The Creation of Adam fresco.  When I was in Rome I did go and see the Sistine Chapel ceiling but after a long walk through gilded corridors it was quite busy with people taking photographs and guards telling them not to.  There wasn't enough time to really study it but trying to replicate it did make me appreciate some of it's intricacies.
Posted by idrew at 14:08