A three part comic for this year's Cleft Awareness Week based on my son recent Alveolar Bone Graft surgery back in February from a parents viewpoint. 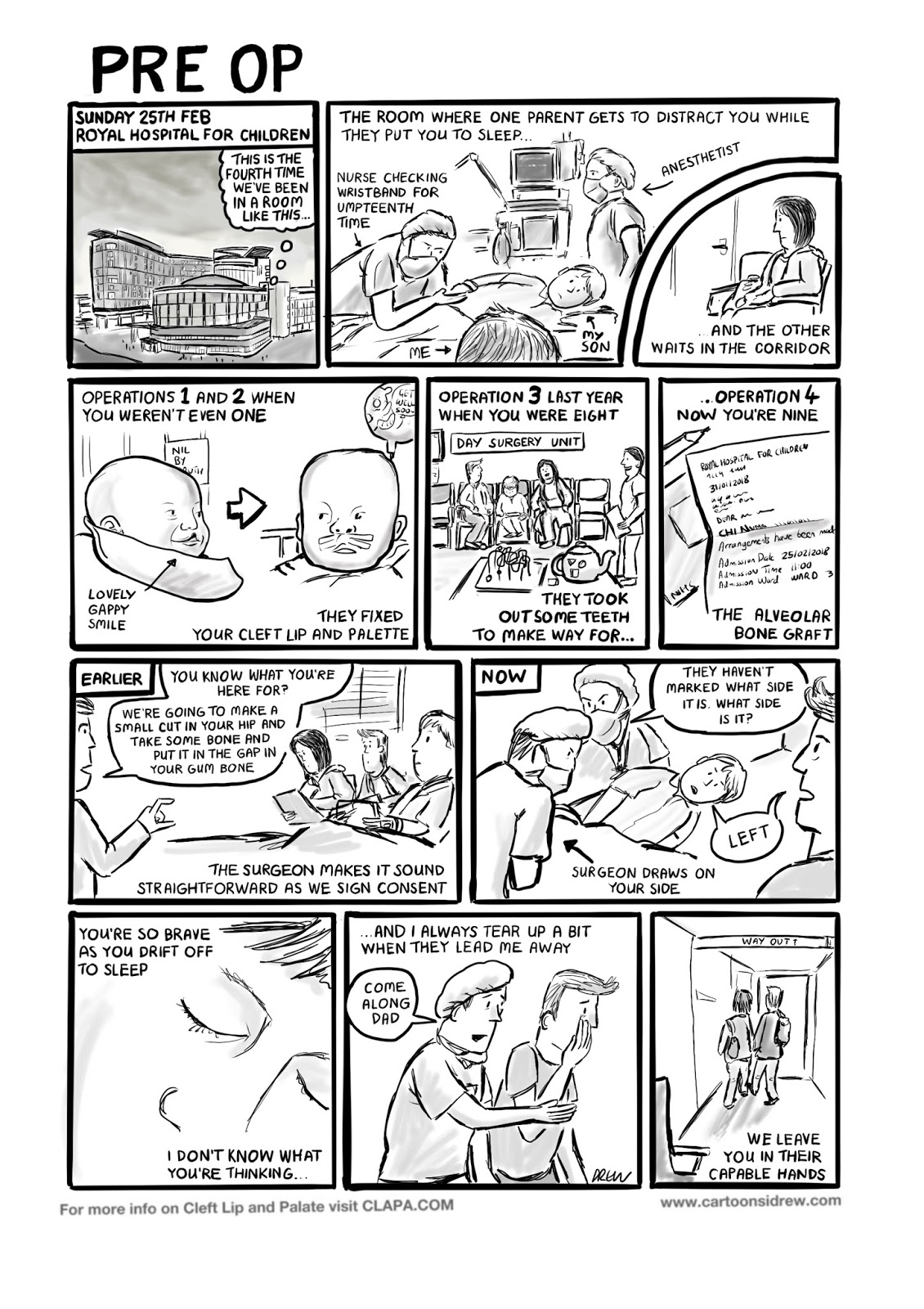 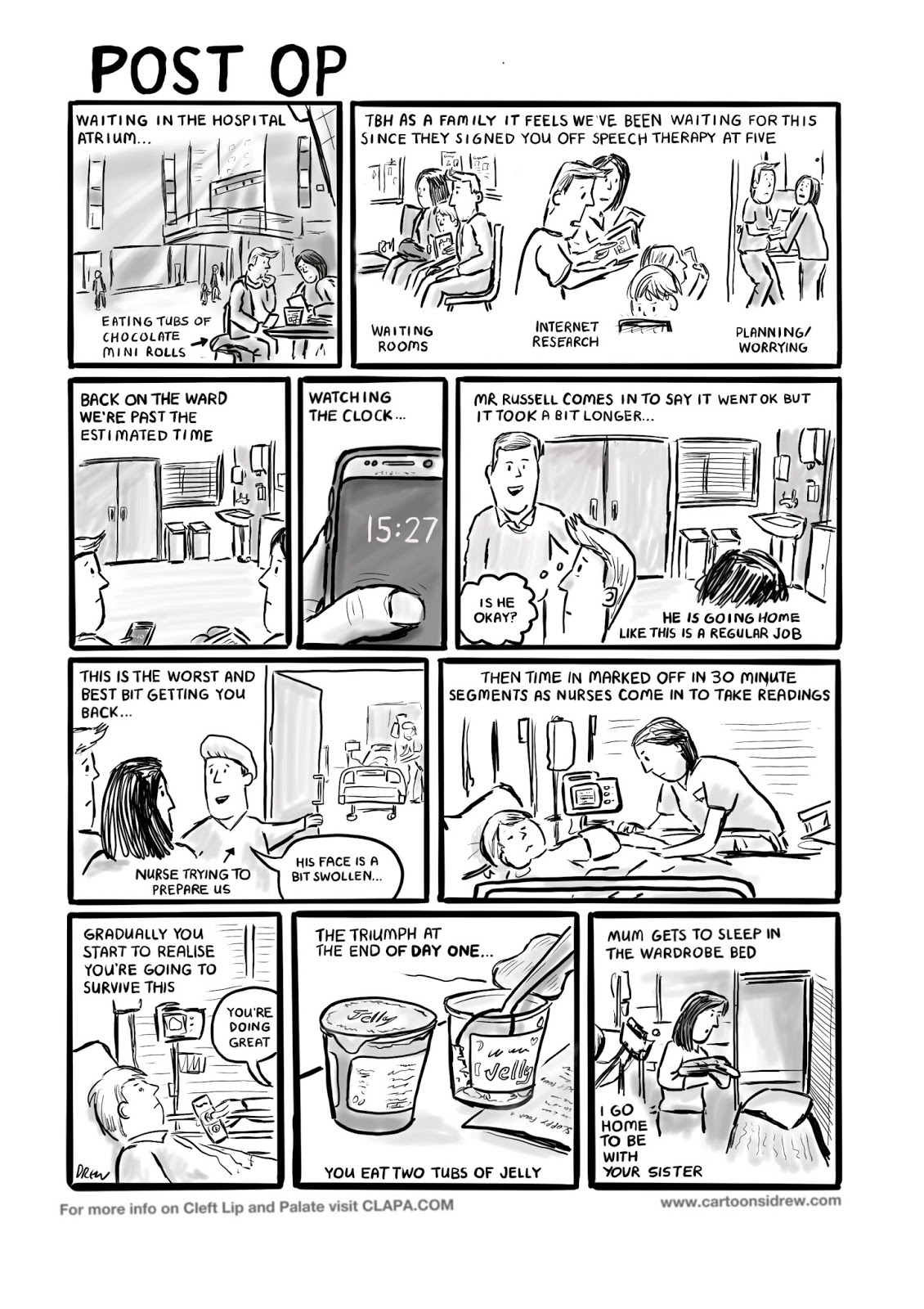 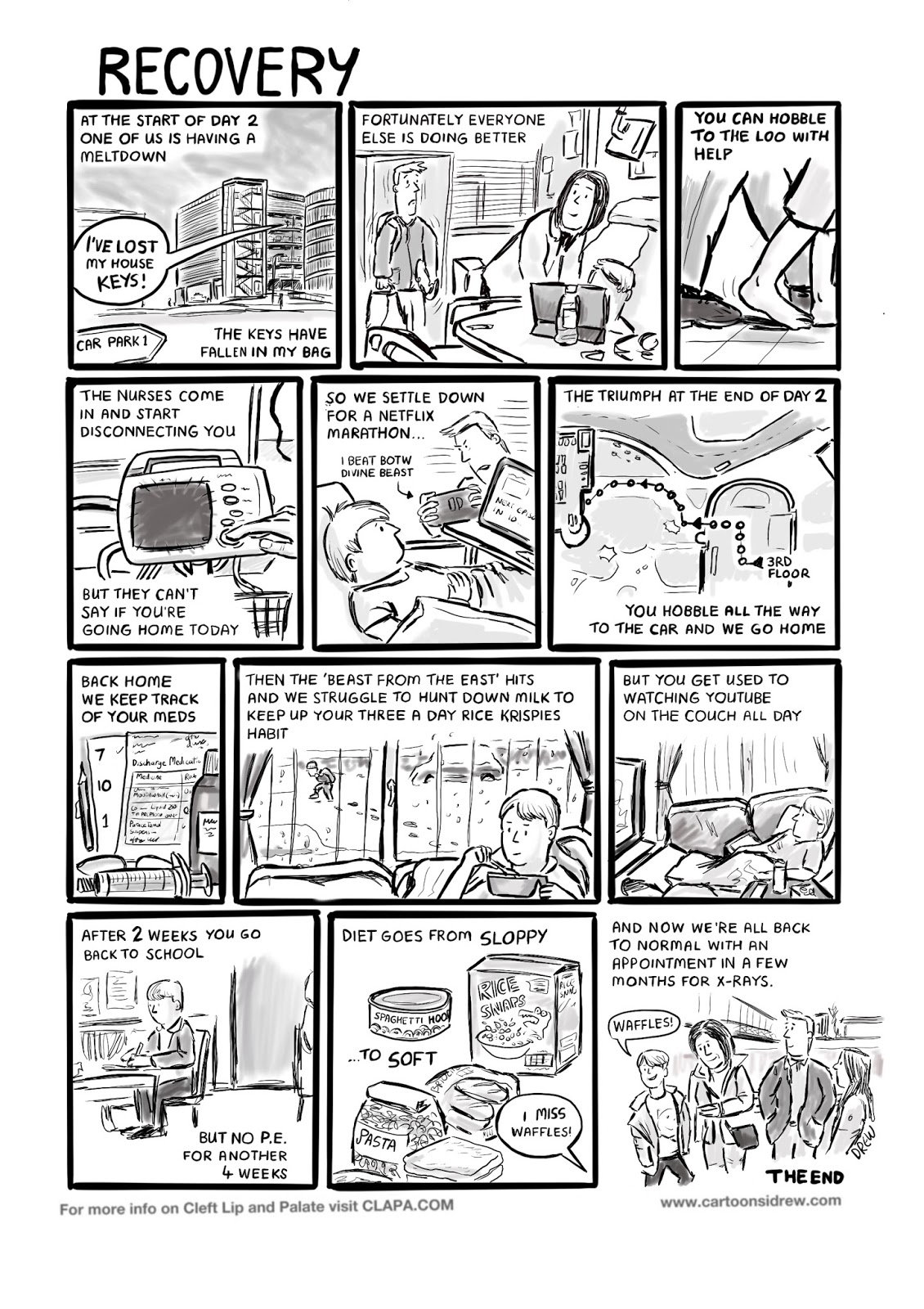 The last two Cleft Awareness Weeks I have posted comics the first one covering the time from when my son was born with an undiagnosed unilateral cleft lip and palate (it wasn't detected on any of our pregnancy scans) through the first two surgeries to primary school.  The second comic was more of a general awareness/information comic that did touch on some of the pre-bone graft nerves.

This year we have undergone the major surgery we hinted at in the last two year's comics the Alveolar Bone Graft where they take some bone from a hip or shin to fill in the gap in the gum to allow the adult teeth to come in better without a gap.

You can read how our experience was from Pre-Op through Post-Op to Recovery.  Perhaps because it was so recent I have gone into more detail and indeed I could have added lots of extra detail but I tried to cover all the main highlights which seemed to involve me drawing a lot of people sitting or looking at tablets/phones.

Here are some other general points that may explain some things from the comic.


Finally thanks to everyone inside and outside the cleft community who has shared or commented on these comics.  It has been great speaking to others who either have gone through or are going to go through the same surgeries.