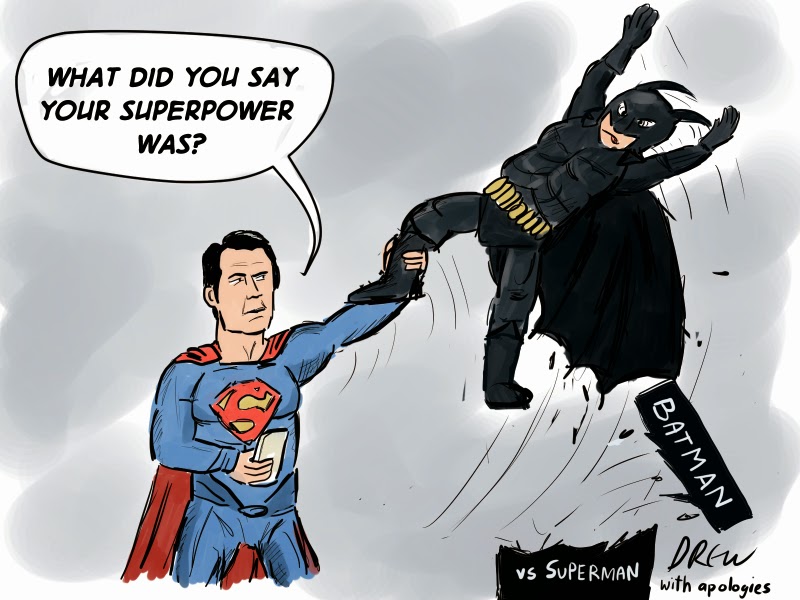 Drew this cartoon for a competition because hey who doesn't like drawing superheroes.  With the title of the Batman vs Superman movie being released this week (Dawn of Justice) I am intrigued with what they will do with this superhero duel but seriously Batman vs Superman there is only going to be one winner the one who actually has superpowers not Ben Affleck.  Unless they decide not to fight each other but team up to defeat some other villains but they wouldn't go for anything that obvious would they?
Posted by idrew at 14:08