Tron Legacy 2: The Doomed Love of Program and User 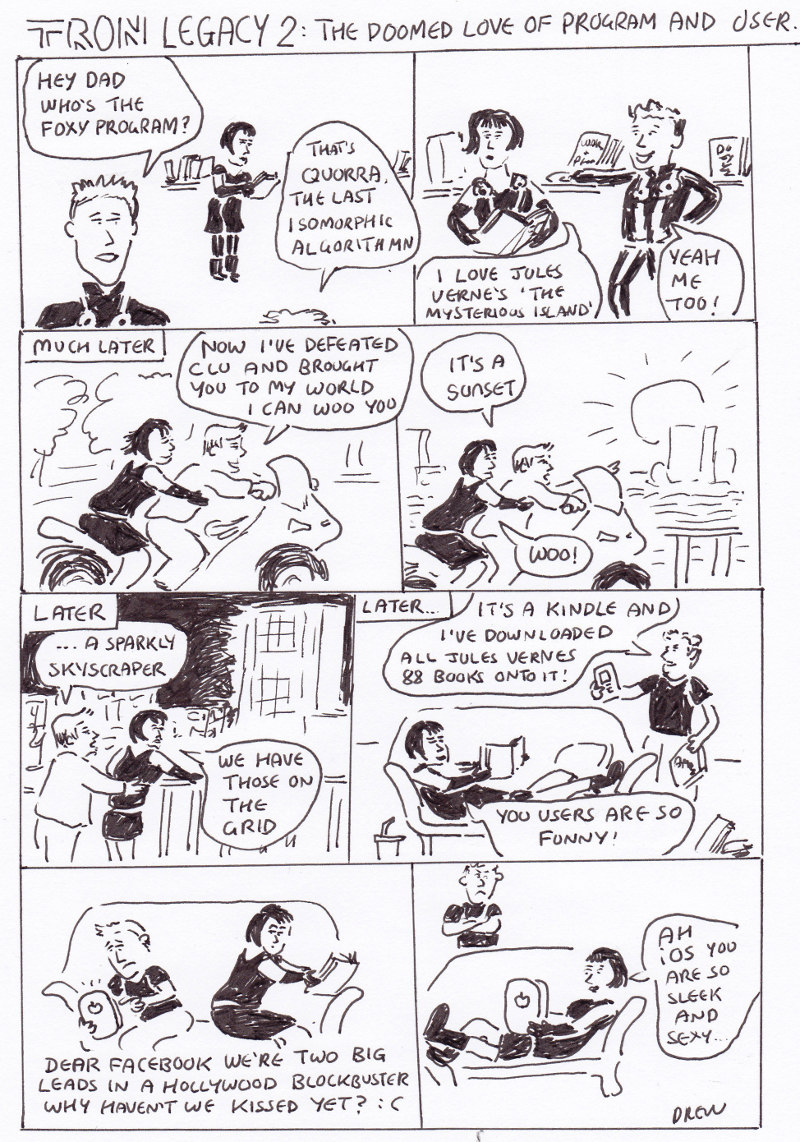 The followup to my previous Tron Legacy cartoon has been delayed due to a lack of broadband at home but here it is.  Unusually for a Hollywood/Disney movie Tron Legacy contains no kissing at all which led me to speculate on the ensuing romance between Sam Flynn and Quorra (played by Olivia Wilde of House 'Thirteen' fame).  I wasn't sure whether the last panel should reference iPad instead of iOs (the operating system of the iPhone/iTouch/iPad family) but I assumed you are all IT literate and also iOs is an anagram of ISO who are the Isomorphic Algorithmns in Tron Legacy.

What I want to know is why Isomorphic Algorithmns which are spontaneous bits of code that just appeared are so good and perfect?  When I write code and it does something unintended it is usually stupid or bad.  Guess I'm not as perfect as Jeff Bridges.
Posted by idrew at 00:43