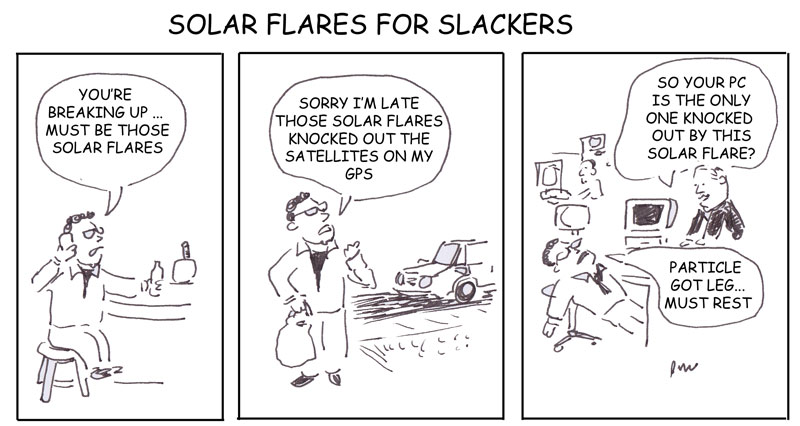 Apparently the sun has just woken up from a period of being a bit sleepy and a series of eruptions is currently sending waves of sunshine particles towards the earth's atmosphere.  According to scientists and the media this will either knock out power grids, mobile phones and satellites or merely make some pretty lights in the sky (i.e. they don't know).  My 4-year old daughters reaction on seeing a picture of the blazing sun on BBC News 24 was to shout "Ahh the big fire, save us from the big fire" which is about the level of some of the coverage.

Todays cartoon depicts the opportunities this provides for people who require excuses.
Posted by idrew at 14:43