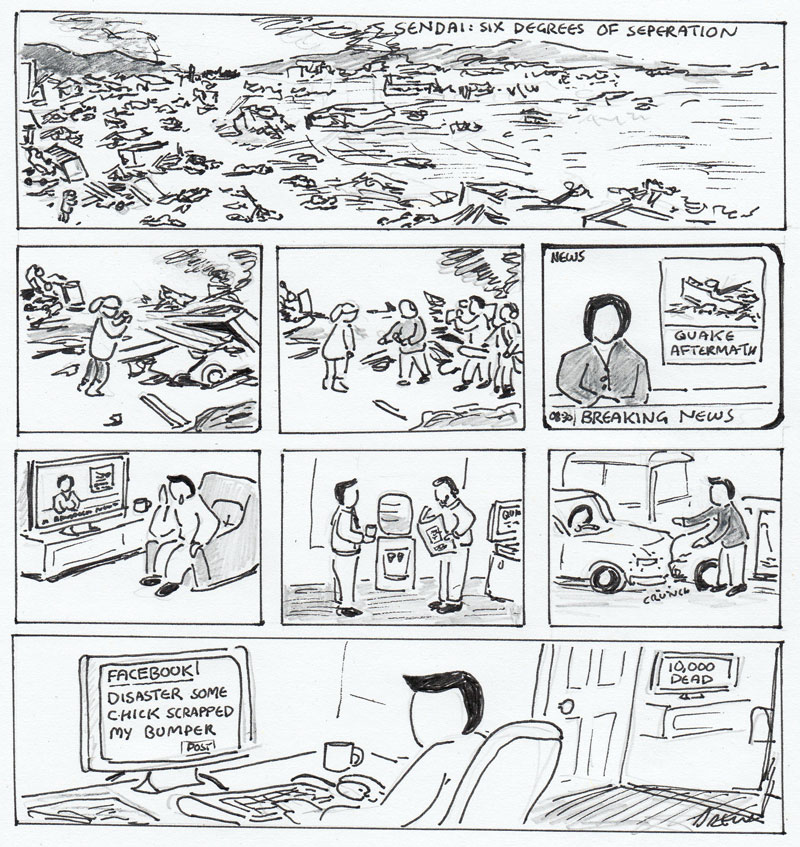 This is my first cartoon since the massive earthquake and Tsunami in Japan.  As well as being glued to 24 hour news updates it risked being crass trying to make humour at such a time of great disaster (as a Malaysian newspaper who had to apologise for a rather insensitive Tsunami cartoon discovered).

I even had a cartoon about Lent called 'Temptation of Crisps' half complete but couldn't move on from what I was reading and seeing so I drew this cartoon called 'Sendai: Six Degrees of Seperation' referring to Karinthky's theory that we are all connected to every other human on the planet by six others.  I thought about what links me with the stoic suriviors on the other side of the world who have lost whole communities, have little in the way of supplies and help and have the threats of further aftershocks, tsunamis and nuclear reactors melting.

By the time the news passes through 24-hour news and the Internet it may still have the power to shock and move but on the other side of the planet our lives go on and we are crass enough to call our minor ailments disasters.
Posted by idrew at 14:59