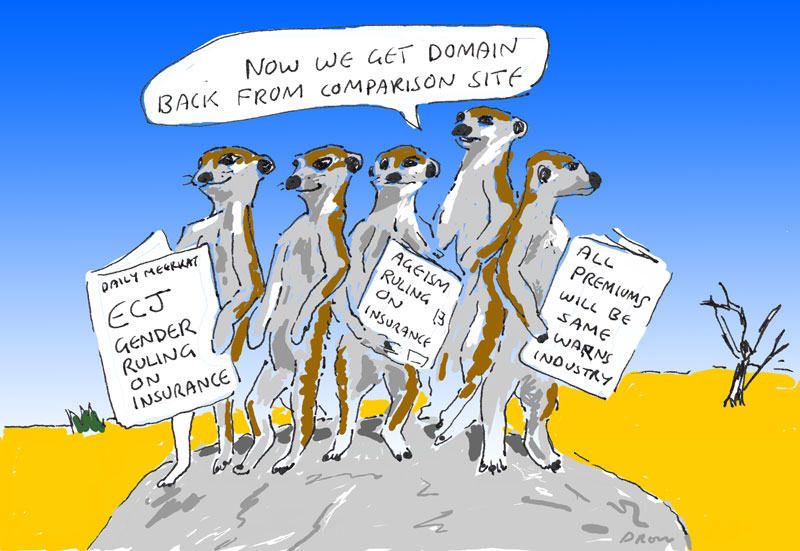 The European Union is a strange institution that started off as a European economic trading bloc, created butter lakes trying to subsidise farming and is now trying to regulate every aspect of our lives in it's ambition to turn Europe into a some version of Star Trek's Federation of Planets where everyone is equal and there isn't any money.

The European Convention on Human Rights has had all sort of consequences like giving prisioners the right to vote.  Simarly the European principal of gender equality has lead to a bizarre ruling by the European Court of Justice that insurers can't discriminate between men and woman.  It's one thing to tell us we aren't allowed to yell at Women drivers any more and instead have to abuse all genders equally, but what is the reason behind ignoring statistical evidence that young men are far more dangerous on the roads than young women.  Is this what feminists burned there bras for?  The right to more expensive car insurance and pensions?

At least meerkats will be happy.  When you google their species the number one Google hit in the uk is a certain comparision website who trade on the fact their name sounds a bit like Meerkat.  When the ECJ finally decides that you can't discriminate on gender, age, criminal record or ability then all insurance premiums will be equally expensive, there will be no need for comparision websites and the meerkats can have their domain back.
Posted by idrew at 14:47