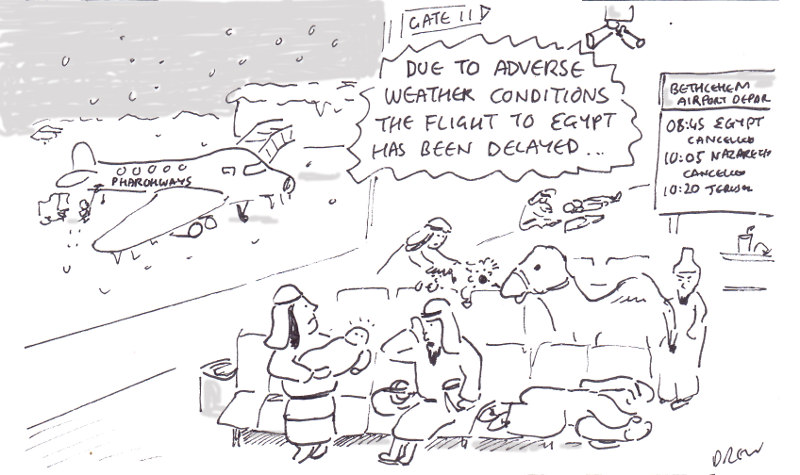 Away in an airport no chair for a bed...

Today's advent cartoon relies on you having paid attention to the end of the Nativity story (as told in Matthew) and living in the Northern Hemisphere where the winter is causing airport and other travel chaos.

Away in an airport no chair for a bed...  The Christmas story (the Nativity story not the X Factor 'journey' to No.1) is full of hardship and travel.  So when we grumble that our none perfect Christmas is not as it should be remember the first one.

Currently Heathrow is acting as a very overcrowded, budget hotel while the 24-hour news channels are busy interviewing lots of understandably stressed people who are discovering their predicament isn't nearly as much fun as the film Trains, Planes and Automobiles (although the John Hughes film is based on Thanksgiving not Christmas I feel the analogy still holds)

5 more cartoons til Christmas.  The current top three contenders for Christmas Number One are the same as they were on day 10: