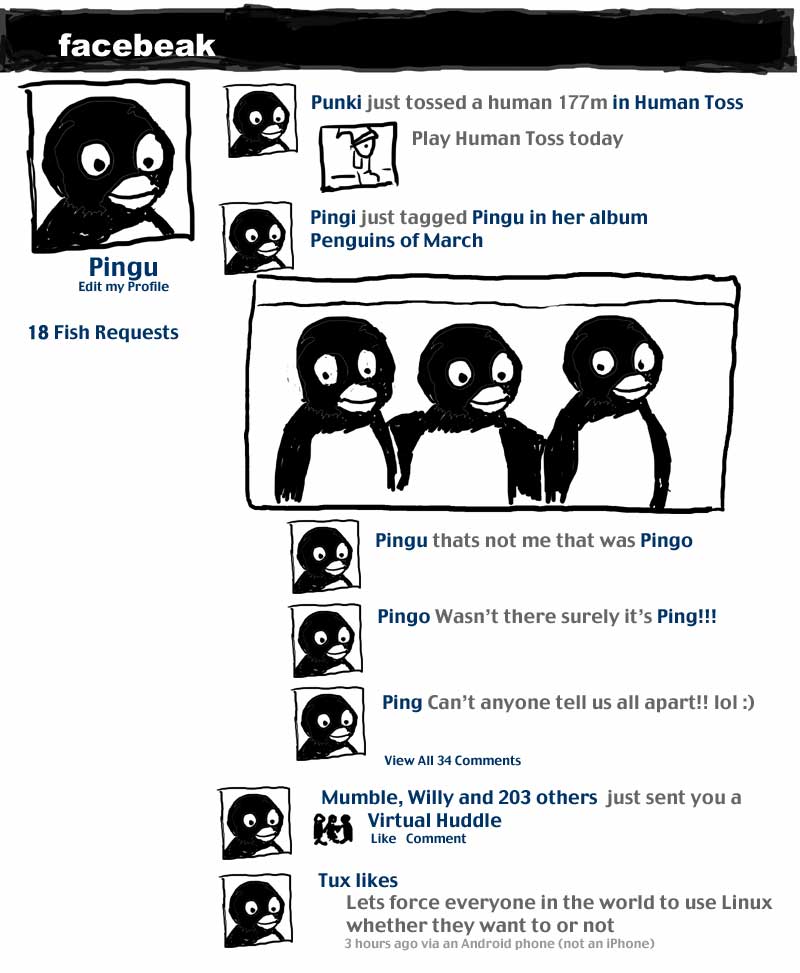 Penguin Facebook you heard it here first on Cartoons I Drew my latest Web 2.0 money-making idea.  There are surely already pets on Facebook and other social media why not all animals?
Of course here I'm speculating about how very similar penguins would communicate if they had the right equipment.  What about Fishbook where goldfish can post the same status updates every 10 seconds because they forgot what they just wrote?
Anyway here is Pingu's page.  He is my hero because he is currently on BBC2 at 6am most mornings which is as early as we will tolerate my young kids getting up and he amuses them while they drink milk and I look at human Facebook and this excellent blog.
-----
Talking of this excellent blog we are 10 days into my Advent challenge and there is a three way tie for the most popular Advent cartoon race for the Christmas No.1
So far the top three are: